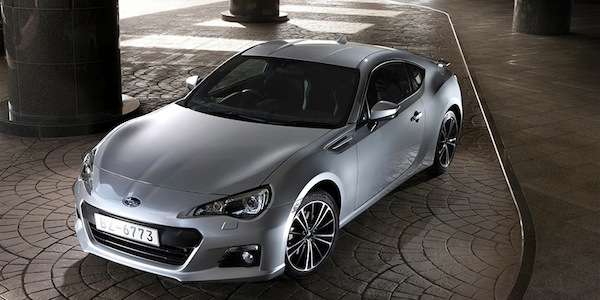 Subaru of America is riding high with a stellar sales streak that is outperforming all other automakers. Subaru has created a niche market with their all-wheel-drive recreation-purposed lineup. They only have one rear-drive vehicle in their lineup, the BRZ sports coupe and it’s the only Subaru vehicle with negative sales for 2015. All other models have notably strong sales increases but the BRZ is down 39.6 percent for the year.

A Subaru representative recently told me that BRZ was never intended to be a high-volume model. When Subaru and Toyota brought out the BRZ/FR-S twins in the U.S., sales were hot the first two years. Now the aging BRZ/FR-S has reached its limit with the number of buyers looking for an affordable sports car. Consumers are interested in crossovers and SUVs and that market is hot in North America.

The SUV-alternative 2015 Subaru Outback wagon, 2015 Forester SUV, 2015 XV Crosstrek crossover are all having stellar sales for the brand. All three had the best sales ever in the month of May. These are the vehicles a new generation of buyers are interested in. The provide all-wheel-drive all-weather capability and offer recreation-purposed use for an active generation.

2015 Outback is a hot model in the lineup

Subaru dealers can’t keep up with the demand for the new Subaru Outback wagon and have few on their lots for consumers to choose from. “The Outback was the fourth most-shopped model in the U.S. last month and our shopping levels in general are at their highest levels ever” said Jeff Walters, senior vice president of sales, Subaru of America, Inc.

What’s next for BRZ?

Subaru knew the BRZ would not be a high-volume model. The BRZ is due for a refresh and Subaru Japan is getting ready to launch another BRZ tS that is tuned by Subaru Tecnica International (STI) the performance and motorsport division of Subaru. To create new excitement for the sports coupe around the globe, Subaru will need to upgrade the current model with more performance features.

The new Sunrise Yellow 2016 BRZ will come with special upgrades on the body, underneath and inside the cabin. Outside it features an STI aero kit, front under spoiler and 18-inch custom STI wheels wrapped in Michelin PSS performance tires. Underneath, tBRZ is upgraded with an STI suspension, STI Sport exhaust, large diameter driveshaft, Bilstein shocks, STI springs and Brembo brakes on the corners...read more.

Subaru announced at the New York Auto show earlier this year, that STI will expand their influence in the U.S. with more STI tuned production cars like the Japan-only BRZ tS and Forester tS. The 2016 BRZ tS could be what North American performance fans can expect to see in the next two years. Even though the rear drive BRZ sports coupe performs well on the street and track, it’s performing poorly in the showroom. Look for Subaru to update BRZ in the U.S. with new STI performance upgrades that will excite fans again.

JeffS wrote on June 3, 2015 - 1:09pm Permalink
Good day Denis. Kinda strange, the life thus far of the BRZ, (and FRS). When it first came out I thought for sure it was gonna be a huge hit. Akin to the WRX fervor that's going on now. Really, never got close. At best it was a, "Good" seller the first couple years. I question if the BRZ tS is going to make all that much of an impact. Doesn't go far enough. It needs a fully blown STI engine, (no original thought there). My guess, (what do I know) is a stable mate for the WRX STI, with the same ballpark HP figures would do very well. An AWD version, (as an option) would probably generate some serious interest also. The bean counters over at Subaru must not see it that way, (only reason I can think of, it's certainly not a design, engineering or ability constraint). It strikes me Subaru went 1/2 in on this Model and is still wrestling with the idea of going All in. Be Well.
Guest wrote on June 4, 2015 - 7:11am Permalink
Don't you guys (the public) realize that they are splitting sales between two identical cars and companies, so the numbers will never be high for one individual company.....
JeffS wrote on June 4, 2015 - 8:26am Permalink
Put the sales figures together for both cars and you still are far from what one would call a popular car.
Michel wrote on August 25, 2015 - 11:01pm Permalink
Yet another product manager lacking the conviction of following through on the vision. The Veyron became a legend in its own lifetime because of what it was, an engineering masterpiece never to be repeated, regardless of its profitability. Subaru has a unique opportunity to build a gorgeous, affordable sports car but are demoting the best looking, dare I say sexiest, car they have ever built, to the scrap heap of "well, it was kinda cool, but not a cash cow". Come on Subaru, back in the day the WRX destroyed all before it on the world rally stage. The challenge now is to beat the 911s and 300ZXs on the street. I should know, I have been driving a 2013 BRZ for 2 years now and it is as much fun to drive as the MK1 Golf GTI I had back in the day.