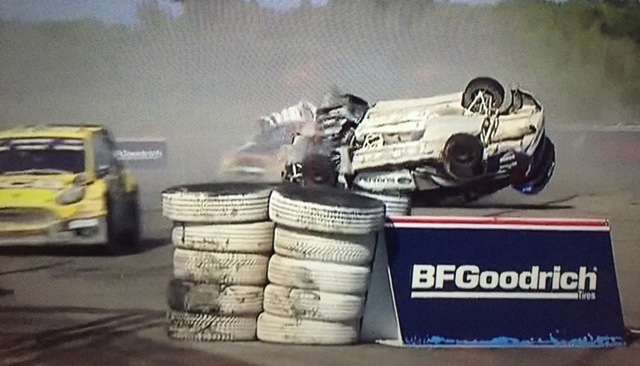 Chris Atkinson is the ultimate competitor. He rolled his Subaru WRX STI Supercar in the Final and kept racing.
Advertisement

It was a rough day for Subaru Rally Team USA yesterday in Ottawa, Canada. Day two of the Red Bull Global Rallycross event double header started out good for the two Subaru WRX STI Supercars. Both Chris Atkinson and Patrik Sandell had a P2 finish in the Heat races early in the day. But it went downhill fast when both cars made the Final.

In the Semi-Final, both Subaru WRX STIs jumped the starting line fast from the second row and Atkinson and Sandell were leading the race one-two on the first lap. After reviewing the start, it was too good to-be-true and both Subarus were penalized with a double-Joker adding significant time, sending both to the back of the pack. They finished the semi-final P4 and P5 giving them poor grid positions for the Final.

With Atkinson and Sandell starting the Final in the third row, they were behind the proverbial eight ball from the start. The first lap was typically rough with lots a banging. But it turned into a slug-fest as Chris Atkinson’s #55 Subaru WRX STI was forced into a tire barrier, which rolled the car. Amazingly the STI landed back on its wheels and he was able to drive away from the accident. 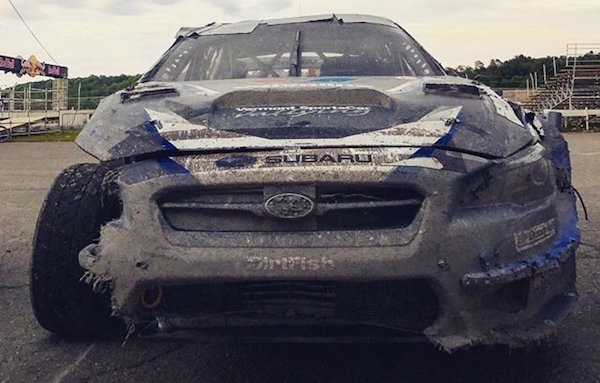 The race was red-flagged and the GRC Supercars were restarted. In the few minutes the teams were given to re-prep their cars, Subaru techs were able to install a new windshield and get the #55 WRX STI back on the grid, although from the last row. Chris Atkinson is the ultimate competitor and was able to finish the race in spite of the significant damage to the body. Patrik Sandell finished seventh, while Chris Atkinson placed ninth.

The Volkswagen Beetles driven by Tanner Foust and Scott Speed returned to their winning ways and finished the Final with Foust number one and Speed number two. Mitchell deJong finished third in the Honda Civic. Foust moves back into first place in the driver championship standings.

Subaru Rally Team USA will have a few weeks to get both Subaru WRX STIs ready for the next race. The Red Bull GRC Championship continues in Indianapolis, Indiana July 9.

Toyota's First EV Will Have a Name of BZ: Toyota BZ
First Videos From Inside The Boring Company's Las Vegas Loop
END_OF_DOCUMENT_TOKEN_TO_BE_REPLACED