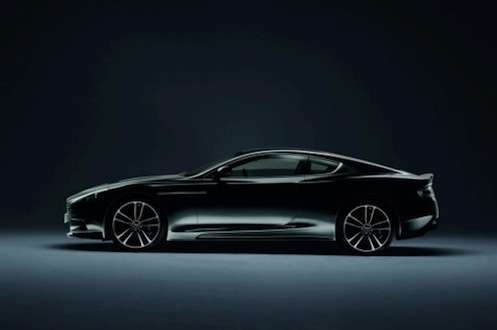 As Aston Martin gets ready to introduce a new DBS model for 2013, the current car is getting s special Ultimate Edition model to send the car off in style. Sources at Car and Driver report that there well only be a run of 100 Ultimate Editions produced and they will feature a similar look as the DBS Carbon Black Special Edition car.

Aston Martin has released two other special edition versions of the DBS, one being the "UB-2010 Limited Edition” which was named after Dr. Ulrich Bez, CEO of Aston Martin Lagonda Limited. This edition was limited to 20 coupes and 20 convertibles to commemorate the 10th year of Dr. Bez as CEO. This edition came with a azurite black exterior color, blue brake calipers and a bronze-colored interior. The other special edition version of the DBS was called the “Carbon Black” special edition which featured a unique carbon black paint job, Touchtronic gearbox, obsidian black interior with silver stitching and lightweight seats.

While there has been no official announcement from Aston Martin, and it is not available yet, what the DBS Ultimate Edition might comprise remains to be seen, but Car and Driver expects the special edition car to be similar to the above pictured DBS Carbon Black special edition. The DBS Ultimate Edition, then, will likely be something very similar.

And like the Vanquish special, it may also be featured with a special black paint job and unique wheels. We can expect some of the same special paint finishes as on the DBS Carbon Black which the special shade of black took 50 hours to apply. Look for custom alloy wheels, a host of electronic updates and lightweight carbon fiber and Kevlar elements to finish out the Ultimate Edition DBS.

The Ultimate Edition will not see any special performance upgrades to the powertrain or suspension over the standard DBS which produces 510 horsepower and 420 lb. ft. of torque, and is expected to be offered with an automatic transmission.

With a limited production of just 100 units, the Ultimate Edition DBS should bring a premium price close to $300,000, and with a run of only 100 cars, demand should be brisk. Sources say only 30 are expected to make it to U.S. shores.