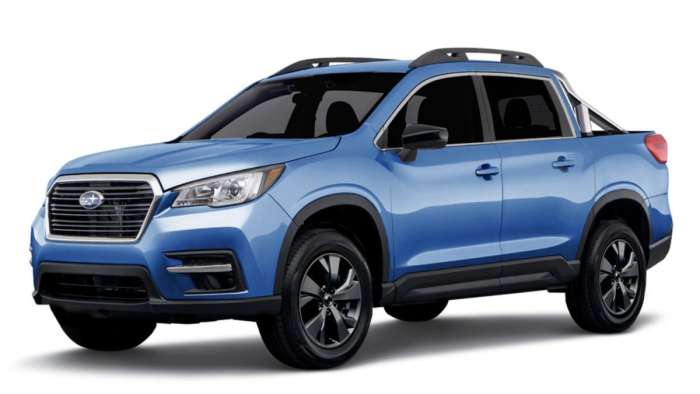 An All-New Subaru Truck And The 5 Features You Want

Fans want a new 2023 Subaru truck, and there are five features they want. Check out the list and see if you would buy it.
Advertisement

In a previous report on a new Subaru truck, fans said they would buy one if the Japanese automaker built it. The first five things truck buyers want are a 6-speed manual transmission and not a CVT automatic; they do want a 6-cylinder engine option; it must have at least 5,000 lb. towing capacity, two trim levels, and it must be affordable. After reading through all the comments, there are five more things you want in a Subaru truck.

Not everyone needs a four-door truck, and fans want a two-door pickup option. The Subaru Brat and Baja pickups were too small, and a midsize truck with an extended cab option in addition to a four-door is what is wanted. An extended cab with fold-down seats is another thing fans want in a truck. There is room for storage, and you can also haul people. 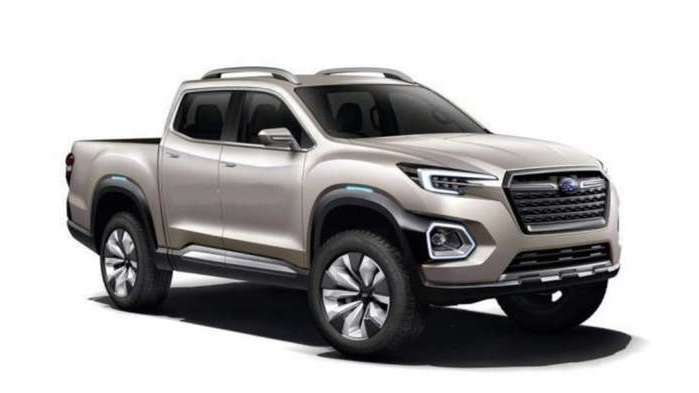 Fans want a longer six-foot bed as an option in a new Subaru truck. The four-foot bed is not long enough to haul oversized items, and the six-foot bed allows flexibility to carry bigger things. You can also throw a camper shell on the back and use the bed to sleep in when out camping.

6-speed manual and an automatic option but not a CVT

While Subaru will be reluctant to drop the Continuously Variable Transmission (CVT) because of its improved fuel mileage and EyeSight compatibility, many fans still want an automatic transmission. It’s unlikely Subaru would put in an eight or ten-speed automatic, but it’s on the wish list for a Subaru truck. 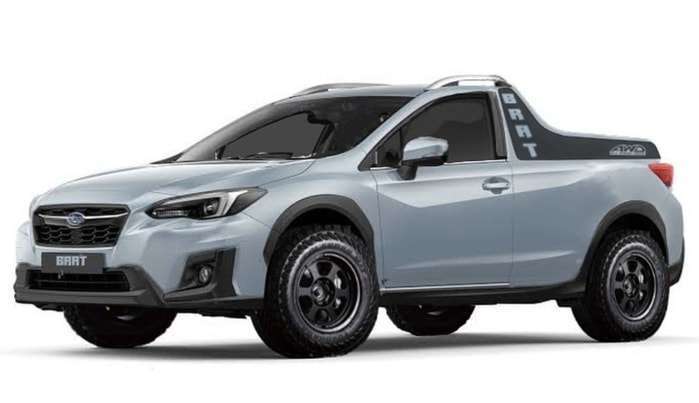 Midsize to compete with Toyota Tacoma and Nissan Frontier

Like we said before, the Subaru Brat and Baja were too small for today’s hauling needs. Truck buyers want function and utility, and a midsize truck to compete with the Toyota Tacoma and new Nissan Frontier would be the size fans want.

Fans want fuel efficiency, and the best way is to use hybrid or plug-in hybrid technology. Subaru can tap Toyota for the hybrid and plug-in hybrid systems as they did with the Crosstrek Plug-in Hybrid. And an all-electric truck should be on the drawing board. Subaru gets ready to launch its first-ever all-electric Solterra SUV, and it will have the perfect BEV system to draw from.

Fans would jump all over a 2023 Subaru truck or new Subaru Wilderness truck if the Japanese automaker offered it in North America. With microchip shortages and plant shutdowns in the current automotive climate, it’s not likely anytime soon, but Subaru fans can still dream. Give us your thoughts on a new 2023 Subaru truck in the comments below.

alex wrote on November 4, 2021 - 9:59pm Permalink
There's no way Subaru would make a truck that large of a bed, 4 foot bed maximum with flip down rear seats and a hatch to add two more. They also aren't going to make a two door option. See the thing is truck drivers aren't going to leave their brands for a subaru, instead it'll get crossover and small suv customers that want extra cargo storage. What would sell good is a truck cabin about the size of the Forester's with a small truck bed similar in size to the old Toyotas, Nissan and Ford rangers. Hyundai's Santa Cruz really stole the baja's chance of a return. Throw a sti boxer engine in a Santa Cruz with Subaru's symmetrical awd system and you'd have a amazing adventure machine.
Keane wrote on November 5, 2021 - 2:28pm Permalink
I have been following this idea for a while now. I think with the shortage in microchips and the fact that the legacy is not selling. This would be a great time for them to re tool the factory to produce the Subaru truck. This idea is to good for Subaru to pass up. They have been hit with a lot of bad news lately, and this would put them back in the good graces of their fans, and consumers. I have a vw tiguan now and would trade it in an instant for a Subaru truck. Just saying.
jg wrote on November 6, 2021 - 7:42pm Permalink
There’s no way that Subaru would recoup development and production costs for something with such a small potential customer base. Then add in all the other players coming up with competitive products and it becomes an extremely high risk gamble that some Crosstrek-like frenzy would erupt for just their “truck”. Given the global climate (business and environmental, semi-pun intended) any small truck (Subaru niche) derivative at this point would likely be based on the Solterra platform, but that still needs another couple years to prove out the viability and gauge customer acceptance.

LG's New EV Battery Plant Is a Welcome News for Tesla
Tesla Giga Berlin's New Hurdle: It's Not Only the Gov't, but Now Tesla Itself
END_OF_DOCUMENT_TOKEN_TO_BE_REPLACED