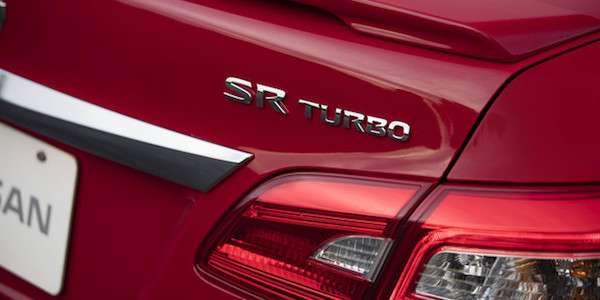 The all-new 2017 Nissan SR Turbo is meant to compete in the compact performance segment. Here’s 7 facts that will make it fun for driving enthusiasts.

It uses the hot Juke engine

It uses the same engine found in the Nissan Juke. It’s a 1.6-liter direct injected gas turbo engine with 188 horsepower and 177 lb. ft of torque. Nissan infused the the SR Turbo with 50 percent more hp than the standard base Sentra. In the small compact, it should be enough to ramp up the fun-to-drive meter.

It should be a blast to drive for driving enthusiasts. Yes, a 6-speed manual gearbox is available and that’s good news. The other option is a Continuously Variable Transmission (CVT) Xtronic that won’t excite anyone.

The suspension gets upgrades

The spring rate on the SR Turbo has been increase by about 10 percent for a sportier ride and to keep the wheels planted in the corners. The front dampers have been increased another 23 percent and the rear about 50 percent for driving enthusiasts. Nissan says the Active Understeer Control system has been optimized for the SR Turbo.

Nissan says the structural rigidity of the SR Turbo has been increased to handle the extra power from the 1.6-liter Juke power plant. You need extra stopping power too, so the new Sentra gets larger diameter brake discs from 11-inch to 11.7 inch for additional grip. It gets 11.5-inch discs out back.

The price will be higher than the standard Sentra of course, but Nissan has not said how much. The extra performance goodies will cost more. The new SR Turbo should be in the low $20,000 price range. The SR Turbo is offered in seven exterior colors: Red Alert, Brilliant Silver, Gun Metallic, Super Black, Aspen White (premium color) and Deep Blue Pearl. Look for the new 2017 Nissan Sentra SR Turbo to be in showrooms in October.