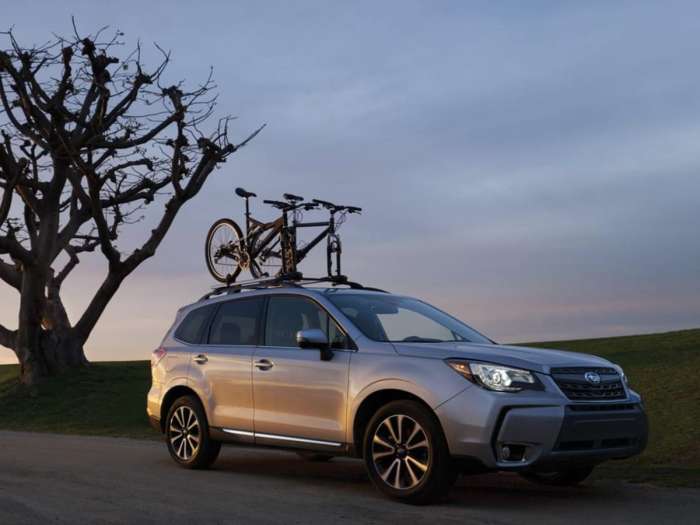 3 Popular Subaru Forester Models Are Gone Forever; Act Now If You Want One

The most endangered Subaru vehicle is the 2018 Forester 2.0XT, 6-speed manual, and 2.0D diesel. If you want one, you better act quickly.
Advertisement

If you want a 2018 Subaru Forester with either a 2.0-liter turbocharged gas engine, 6-speed manual gearbox or a 2.0-liter turbo diesel, you need to get one soon. The all-new-generation 2019 Forester won’t offer global consumers any of the three models after the 2018 model year.

The Forester 2.0XT turbocharged model was sold around the globe and it’s been axed by Subaru Corporation in favor of the newly-redesigned 2.5-liter direct injection naturally aspirated Boxer engine. The 2.0-liter turbocharged Forester has been sold in Australia since 1997 and the XT has been available in the U.S. since 2004. It’s been a nice run, but it’s likely gone forever.

A Forester offering a 6-speed manual gearbox will also be missing from the new 2019 line-up, which will be available exclusively with Subaru’s latest Lineartronic continuously variable automatic transmission (CVT). Subaru wants to upgrade every new Forester trim level with EyeSight driver assist and they can’t do it with the manual rower. It’s gone forever.

In Europe and Australia, the Forester SUV will also be losing the 2.0D 2.0-liter diesel model. It’s the first time since 2010 that Subaru will be without a diesel-powered Forester in its Australian line-up.

Subaru Australia managing director Colin Christie told Motoring, a growing sentiment against diesel-powered vehicles in Europe is the reason for axing the Boxer Diesel. The company’s emissions tampering fiasco was another nail in the Subaru diesel’s coffin. “To bring those kinds of vehicles [hybrid and electric] in place of the diesel makes sense, it’s part of our ultimate move towards electric and alternate power.”

Subaru just launched the first-ever Forester eBoxer Hybrid in Japan and it’s expected to launch in other global markets in 2019. The fifth-generation 2019 Subaru Forester gets lots of changes with three models gone forever.