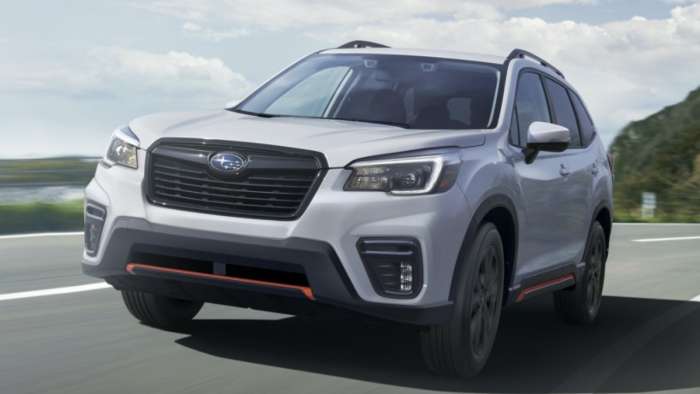 Does the 2021 Subaru Forester get good fuel mileage? Among small SUVs with all-wheel-drive, how does the Forester compare with the competition?
Advertisement

What compact SUVs have the best real-world fuel mileage? There are quite a few choices for consumers looking to save money at the pump and still drive an all-wheel-drive SUV. Consumer Reports recently tested small SUVs in real-world tests to see which vehicle did the best. The 2021 Subaru Forester ranks number one among mainstream brand compact SUVs. 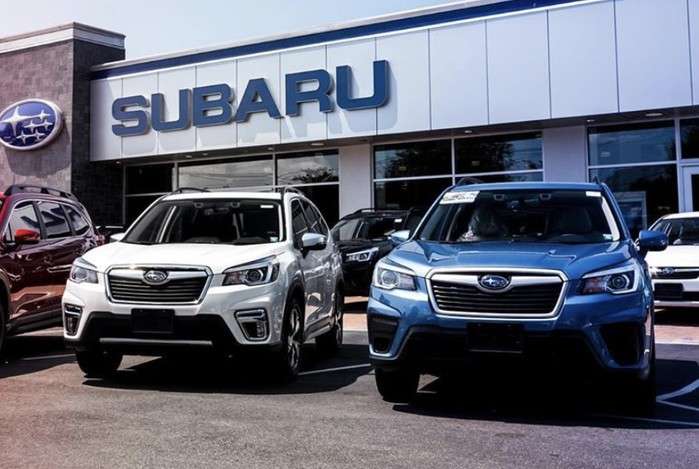 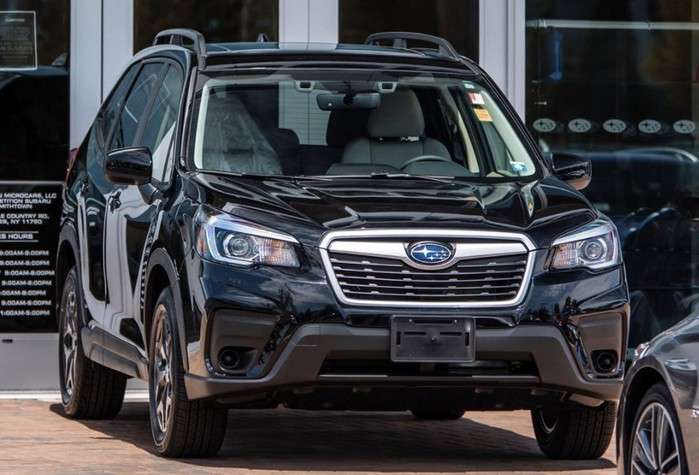 The fifth-generation 2021 Subaru Forester comes with a 2.5-liter Boxer engine with direct injection, and higher compression, along with the active valve control system. The newly-upgraded engine gets an increase in power, producing 182 horsepower and 176 lb-ft of torque. EPA estimates crept up one mpg improvement highway and combined over the previous generation model.

In Consumer Reports testing, the Toyota RAV4 Hybrid, Honda CR-V Hybrid, and Ford Escape Hybrid all had the best real-world fuel mileage. Why doesn’t Subaru offer a hybrid model like the Crosstrek Plug-In Hybrid in the U.S.?

Subaru offers a Forester e-Boxer hybrid in Japan, Europe, and Australia but does not sell it in North America. The bottom line why Subaru of America doesn’t bring a 2021 Forester e-Boxer hybrid to customers is because they don’t need to. The fifth-generation Subaru Forester is the Camden, N.J. automaker’s best selling vehicle in its lineup and just had its best September ever.

Until demand for hybrid models increases, don’t look for Subaru to launch a Forester Hybrid in the U.S. anytime soon. Subaru says they will have an electrified lineup (hybrid, plug-in hybrid, and electric) by a mid-2030 timeframe.

By 2030, Subaru’s goal is to have 40 percent of all global sales from electric vehicles (EVs) or hybrid electric vehicles (HEVs). With Toyota increasing its stake in Subaru to 20 percent, customers can look for Subaru to develop an all-new Forester hybrid trim using Toyota technology that will debut later in the decade. Until then, the 2021 Subaru Forester scores best in real-world non-hybrid fuel mileage tests.

hw wrote on October 7, 2020 - 9:57am Permalink
Subaru would be stupid to bring the e-boxer hybird Forester to the US. It 's only a MILD hybrid and its MPG numbers vs the TRUE hybrids would not entice many to buy it for a premium price
Charlie Curcija wrote on October 7, 2020 - 7:11pm Permalink
I had forester (2 of them) for the past 20 years. I will not buying it again until they have higher mpg with hybrid. I am leaning right now toward Toyota rav4. I may be in minority, but I think that Subaru is making major mistake to rest on past laurels. Once switched I may not come back to it again
John Hogan wrote on October 8, 2020 - 1:51am Permalink
Good to see. I've had my 07 model since 2013 and it's always been a little thirsty. For SUV duties it will hopefully bsee me through to when EVs make more sense. I may replace the engine before then, but the around town fuel consumption will remain in that 23 to 22 mpg range. For a 4wd wagon it's pretty light I guess.
Sean Walsh wrote on October 8, 2020 - 7:22am Permalink
Mazda CX-3 was listed twice in the order of mileage yet has two different numbers. "The Mazda CX-3 is next best (20/36/28), followed by Kia Seltos (20/35/28), Toyota RAV4 (19/38/27), Mazda CX-3 (18/37/27), ..."
Alan wrote on October 8, 2020 - 9:35am Permalink
From Australia. We've got the FORESTER Hybrid - essentially only a Hybrid badge. It's only 48 volt "MILD HYBRID", and has had almost no improvement in fuel use. But as much premium in $$$ as a RAV4. Makes no sense to pay the extra.
Donna white wrote on October 8, 2020 - 11:02am Permalink
I live in Yuma arizona, I have a 2017 outback. I would buy a new suberu but there’s no dealership or service under warranty here. wHY? Every other car is sold in Yuma, your missing out as many snowbirds spend 6 months here from up north. I bought mine in Colorado before moving here. I need help here if I want it serviced.
taosword wrote on October 8, 2020 - 10:05pm Permalink
They don't have to? How about you should for the benefit of the environment and pollution levels, asthma, and other diseases from car exhaust. How is it that Japan, Korea, Europe, and other countries get all these hybrids and plug in hybrids. Are the multinational oil cartels having some kind of a deal with car companies for more oil profits by holding back these autos from the US so we use more oil? If that is the case it is putting profit over health.
Subaru owner wrote on October 9, 2020 - 7:39am Permalink
Junk. Engine is unstable looking to sell for Toyota
Matt wrote on March 4, 2021 - 6:35pm Permalink
My first car was a GL wagon back in the 80’s. We then bought an Outback in 97. Currently I own the 2014 Crosstrek Hybrid, which is hard to call a hybrid, although I love the size and AWD system. I am EXTREMELY disappointed that Subaru is not taking an aggressive stance on electric vehicles. 2030 is WAY TOO LATE. Our other current vehicle is a Rav 4 which we are looking to replace. Unfortunately we will not be buying a Subaru, rather the new Rav 4 Prime or other electric vehicle. Take a stand on the environment Subaru. DITCH gasoline.
John wrote on January 12, 2022 - 7:15am Permalink
Electric is not better for the environment. The batteries are far worse then there is all the coal used to power your (electric). Places like California where the force these things and alternative electric sources ha e overburdened their electrical grid causing persistent wildfires. Electric is for uniformed people trying to stroke their ego. If you want to help the environment ride a bike.
Kathy wrote on February 4, 2022 - 9:11pm Permalink
I totally agree...thanks for commenting exactly what I was thinking. I have a tag on the front of my Forester that says....I LOVE MY SUBARU.....bought it mainly for the safety ratings. My law enforcement son said that in all his years of working the highways in the Pacific Northwest, he has never pulled a dead body out of a wrecked Subaru.
Matt wrote on March 4, 2021 - 6:37pm Permalink
To put more salt in the wound, Subaru won’t sell the plugin Crosstrek where I live in COLORADO, aka SUBARU-WORLD. Something about the State not adopting California’s clean air standards. PFffffft.
Christy Gatto wrote on October 5, 2021 - 7:17am Permalink
I'm looking to buy a hybrid or electric to replace my 2012 Forester currently. Disappointed that Subaru is so behind the ball on this one. Those Rivians look promising but that pricetag is steep!
Matt wrote on October 5, 2021 - 1:22pm Permalink
Subaru finally announced their all electric vehicle called the Solterra. They say 2022, but i seriously doubt it. I suggest you consider the new AWD VW ID4 which has just started shipping and has received rave reviews.
John Hogan wrote on October 5, 2021 - 7:47pm Permalink
Dunno about the US precisely but it's a poor time to change cars in Australia. And i suspect hybrids wont have good resale in (say) 8 years. In 2019 i decided to just keep my 07 forester when i bought an MX5 and don't regret it. Maybe you can sit for now and see what happens?