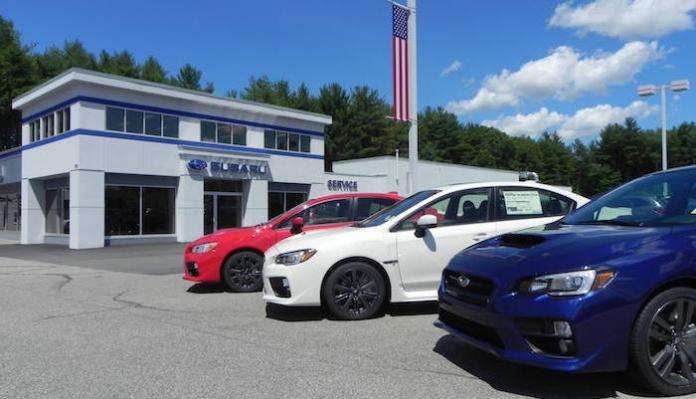 2017 Subaru WRX/STI Takes a Pit Stop; Are Fans Waiting for a Faster STI?

The 2017 Subaru WRX and WRX STI took a dip in sales in June as many buyers wait for the 2018 models to arrive. WRX/STI sales were down 15.2 percent with 2,655 of the performance sold compared with 3,130 units sold in the same month the previous year. Subaru Corporation also reports production of the WRX/STI in the Gunma, Japan factory was down due to the model change timing, which could have affected supply. Even with the dip, the 2017 sports-tuned Subaru WRX and performance-tuned WRX STI are still up 1.1 percent for the year.

For performance enthusiasts wanting a faster STI, the upgrades will definitely improve performance over the outgoing models. It also gets exterior and interior styling improvements with new Recaro performance seats. For fans who want a special edition STI, a new 2018 Subaru WRX STI Type RA NBR limited edition (500 units) is coming with a bit more power early next year.

2018 WRX/STI gets quieter inside

The 2018 WRX and WRX STI gets other upgrades with new interior materials, rear seat armrest with cup holders, redesigned interior door grips and faster remote trunk opening. The 2018 WRX/STI gets quieter inside too. The new models get thicker door glass, revised door sealing and a foam-filled windshield header beam. Technology is improved with a new, larger high-definition multi-function display (5.9-inch vs. 4.3-inch before), and the the WRX Premium upgrades to a STARLINK 7.0” multimedia audio unit from the previous STARLINK 6.2” unit.

While the WRX/STI models took a dip in June, Subaru of America is flying high with the brand having the best June in the history of the company. It was lead by the all-wheel-drive Crosstrek crossover, Forester SUV, Outback wagon and Impreza compact. Each model recorded the best June ever.

As the 2018 Subaru WRX and WRX STI models are arriving in showrooms now, sales should shoot back up for the newly-refreshed models. The hot 4th of July holiday will likely bring in plenty of new performance fans looking for a Pure Red, Crystal White Pearl or WR Blue Pearl WRX/STI. The all-new 2018 Crosstrek also starts arriving at dealers later this month.