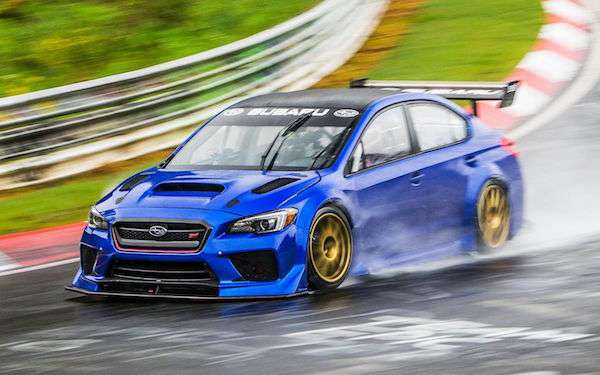 Subaru announces details of the 2018 WRX STI Type RA NBR with carbon fiber. How much extra horsepower will it get?
Advertisement

Subaru says the goal is to “push ourselves further, to reach new heights.” It’s coming in the form of a new 2018 Subaru WRX STI Type RA NBR production model. Subaru just announced details of the new Type RA (“Record Attempt”) model that will make its dealer launch in early 2018. The STI Type RA has a first-ever for the brand, new carbon-fiber roof. The new WRX STI Type RA NBR will be lighter than the standard model. Other upgrades will set it apart. 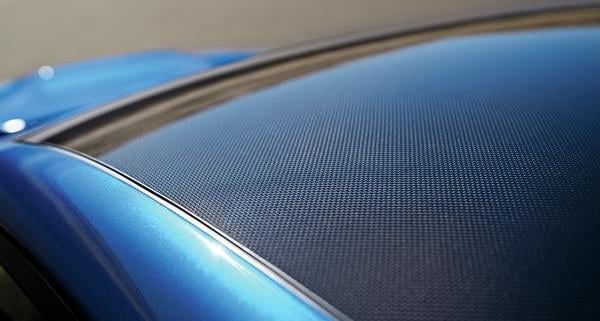 Here’s what a limited number of Subaru performance fans will get if you want one of the 500 examples when it arrives next year. It’s coming with more horsepower than the standard model, but it’s not much more. Subaru says it gets an “estimated” 310hp an additional 5 horsepower upgrade over the standard 2.5-liter EJ25 turbo boxer engine. The torque stays the same at 290 lb. ft of toque.

What other upgrades will the limited edition Type RA get?

Outside, the Type RA gets Cherry Blossom Red accent around both the front mesh grille and new rear bumper cover. An STI front underspoiler has also been added for better stability at high speeds. The exterior mirrors, roof-mounted shark fin antenna and STI fender badges come in a black finish. The rear deck lid finishes the look with a WRX STI Type RA badge.

Inside the cabin, the limited edition WRX STI’s Recaro performance front seats come with red bolsters and stitching as well as an embossed STI logo on the head restraints. The red stitching and accent trim continues throughout the cabin. Other interior features include an Ultrasuede steering wheel with black gloss-finish center spoke insert with STI logo, and push-button start with Keyless Access. Each of the 500 WRX STI Type RAs come individually numbered with a plaque mounted on the center console. Go to Page 2.

The limited edition 2018 Subaru WRX STI Type RA NBR production model will be available in WR Blue Pearl, Crystal Black Silica and Crystal White Pearl. It’s coming next year and Subaru will announce pricing closer to dealer launch. Subaru could include the special STI in their 50th anniversary celebration. There’s only 500 examples being produced so it could be a few thousand dollars extra for the Record Attempt package. Stay tuned.