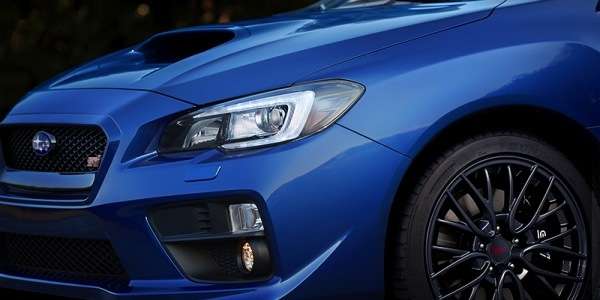 What happens when you take a 2015 Subaru WRX STI radio control car vs a StickBomb toy? Who wins?
Advertisement

If you have ever heard of the StickBomb toy, you know how cool they can be, seeing the wooden sticks explode like a bomb. What happens when you take a one-off specially constructed 2015 Subaru WRX radio control car vs the StickBomb? Who wins? Watch the epic race in the video below.

That’s what a group of guys in Japan with too much time on their hands wanted to find out. First they designed a one-off radio controlled 2015 Subaru WRX STI performance car that was specially made for the video below. They meticulously built the body of the STI, and it looks very realistic in the video. The staff operating the radio control model were amazed at points in the shooting. They used a 3D printer on the car and it looks good in the shoot.

Filming of the epic race took place in a studio in Japan over 3 days and nights. The crew who set up the incredible StickBomb toy worked almost non-stop for the 3 days with very little rest in between. Subaru Global says that 30,000 StickBombs were brought in for the filming. The filming took so long because each time the stick pattern was triggered, it had to be constructed all over again. They were exploded many times before they were able to created the finished video.

To make the video, the crew had to weave together thousands of sticks to form a reticulated grid with each stick held in place by tension created by the elasticity of wood. When it’s constructed properly, the removal of a single stick causes the other sticks to fly apart with surprising force. The speed of the shock wave can be as fast as 30-40 meters per second (67-90 miles per hour). Can the Subaru WRX STI keep up?

The StickBombs can spontaneously explode without warning from a weak stick or from warping. The construction crew needed to wear safety goggles when constructing the stick bombs to protect their eyes. The making of “Subaru WRX STI vs StickBomb” took place on February 11-13, 2014 at a Yokohama Tire super factory M space. We’re not sure how many people it took to pull this off, but it was a ton of work.

The real 2015 Subaru WRX STI is making its European debut at the Geneva International Motor Show and this video is perfect timing to show the speed and agility of the Japanese performance car. So what happens when this toy is pitted against a radio control model WRX STI? Find out in this dramatic, fun-filled video. Watch StickBomb taking on a 2015 Subaru WRX STI in the epic race.