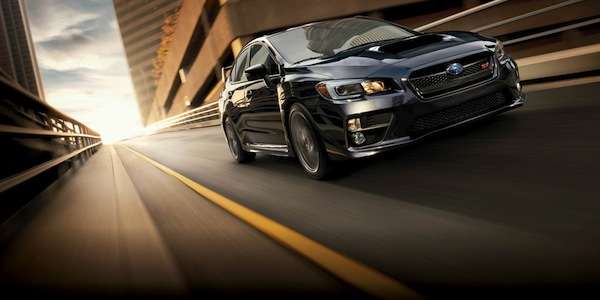 Subaru has just released a new interactive online digital brochure for the new-generation 2015 Subaru WRX and WRX STI performance sedans. Subaru provides these for all their vehicles and now the WRX/STI is the latest to get one. There are interactive pages for performance fans to build their own model how they want it. You can dial up the exterior color you want and rotate the car 360 degrees to see how it looks. Fans can also check out interior colors and build their WRX/STI to exactly how they want it.

The 2015 Subaru WRX and WRX STI online digital brochure also shows the sedans performance features, drive technology, interior lighting and interior 360 degree views. It also comes with information for WRX and WRX STI enthusiasts who want to connect with other Subaru owners who are like-minded. Subaru also includes some interesting information on the active and passive safety systems that keep its occupants safe.

There are five safety systems on the 2015 Subaru WRX and WRX STI that will give performance fans peace of mind while they are driving the new performance cars. Hopefully owners will never find out just how safe these performance cars are. But these five systems offer “extreme measure for an extreme car.”

For the 2015 model WRX and WRX STI, Subaru has added a drivers side knee airbag, bringing the total to seven airbags that come standard on the performance sedans. The second level of protection features a Ring-shaped reinforcement frame that surrounds the driver and passengers. This frame is extremely strong for maximum protection against impact energy and diverts it away from occupants. WRX/STI also come s standard with front, front-side and side-curtain airbags.

The fourth and fifth safety features involve avoidance of trouble in the first place. Subaru’s exceptional Symmetrical all-wheel-drive system keeps the 2015 WRX/STI on the road or track when others can’t make it home when inclement weather hits. It’s also important on dry surfaces that are loose or unstable. And the stopping power of the performance sedans uses the latest technology to help drivers stop short of danger.

Check out the new 2015 Subaru WRX and 2015 WRX STI interactive online digital brochure that has just arrived for Subaru performance fans. It’s also nice to know that the performance sedans have been awarded the 2014 IIHS top safety pick.

Other 2015 Subaru WRX/STI stories of interest.
This is how Subaru makes 2015 WRX the safest sports car on the planet