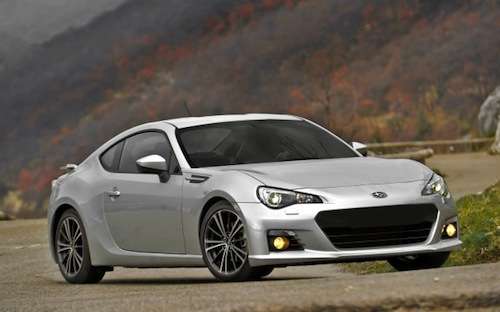 The Subaru brand has the best resale value of any cars on the planet and the Canadians adore their 2013 Subaru Impreza, Outback and BRZ.
Advertisement

The recent award from ALG honors the vehicles that are forecast to retain the highest percentage of MSRP after a three-year period for luxury brands and a four-year period for mainstream brands. The 2013 vehicle criteria includes segment competition, historical vehicle performance and industry trends. Awards are given in 22 vehicle categories and two brand categories (Mainstream and Premium).

The Subaru brand isn’t new to the awards. For the fifth consecutive year, the all-new 2013 Subaru Impreza remains at the top of the Compact Car segment. The Impreza was given the recognition again in a hyper-competitive segment because of its competitive pricing, impressive fuel economy and features like all-wheel-drive, all coming at a minimal price.

The 2013 Subaru Outback claims the Midsize Utility Vehicle award for the third consecutive year. ALG notes that consistently high demand combined with mid-lifecycle improvements enable Subaru to keep incentive and daily rental fleet sales to a minimum. The Outback has seen strong sales in Canada and around the globe. The Outback diesel in Australia is a consistent seller and now features the first Outback diesel to come mated to an automatic transmission.

The all-new two-door rear-drive 2013 Subaru BRZ is getting recognition around the globe. The new sporty Subaru coupe takes home top honors in the “hotly contested” Sports Car segment. The Subaru BRZ receives ALG's Residual Value Award for successfully combining practical features such as impressive fuel economy with emotional aspects like endearing styling and a sporting driving experience. The new BRZ has been praised for its excellent handling because of the low-center of gravity. The Boxer engine design sits low and gives the BRZ a sports car driving experience like that of vehicles three to four times the price.

A winning formula for Subaru and Canadian consumers

Subaru has an approach of delivering a dependable vehicle in a highly functional package has served the Japanese automaker well. "Subaru's steady approach of delivering dependable product with minimal incentives and fleet make them a consistent Residual Value contender," said Geoff Helby, Canada Regional Director for ALG. "This approach is a winning formula for Subaru and for Canadian consumers."

Subaru has a brand value of giving their customers "Enjoyment and Peace of Mind.” Subaru has an approach that is “designed to give the Subaru driver an unsurpassed level of confidence behind the wheel," said Shiro Ohta, president and CEO of Subaru Canada. Subaru continues to be one of the top automakers in the world and having the highest predicted resale value for the 2013 Subaru Impreza, Outback and BRZ will help the brand gain more traction with Canadian buyers.