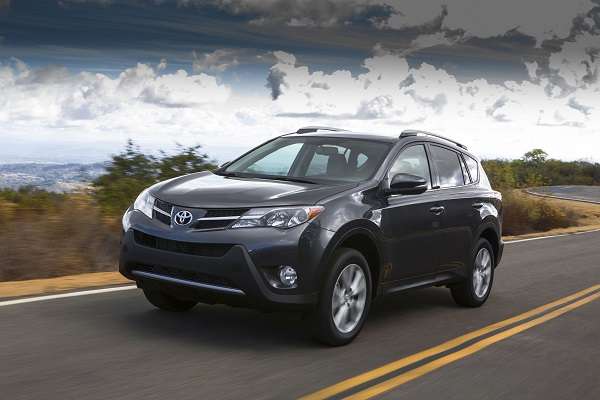 Why the V6 Toyota RAV4 is never coming back

Toyota won't be bringing back the RAV4 with is excellent V6 and fans are not happy. Here's why.
Advertisement

When the current-generation Toyota RAV4 debuted in 2013, it addressed pretty much every wish the crossover’s fans had. Unfortunately, it also ended the run of the excellent 3.5-liter V6 engine in the vehicle, leaving only the relatively low-powered four-cylinder as the only engine. Now that the 2016 RAV4 has been announced, we can read the tea leaves. The V6 is over forever in the RAV4. However, that does not mean the 2.5-liter four-banger will remain the only engine option going forward.

Why Toyota Killed the V6 RAV4
When the last generation RAV4 was fitted with the 3.5-liter engine and AWD, it was the company’s quickest vehicle to 60 MPH. That was pretty much an accident. Still, for those lucky owners that opted for the V6, it was a pleasant one. Not as pleasant, but also not the end of the world, was the RAV4’s V6 fuel economy. At 22 MPG combined the RAV4 was not good and not bad on fuel economy. It was middle of the road. However, time marches on.

Fuel economy is often one of the top criteria shoppers now consider when selecting a vehicle. Toyota’s competitors such as the Honda CRV do dramatically better than the old RAV4 V6 did. The new CRV AWD earns a 28 MPG estimate from the EPA now. The new Toyota RAV4 four-cylinder AWD is chasing that with a rating of 25 MPG.

Low sales volume was another reason Toyota ended the V6 RAV4. The percentage of takers was low and getting lower.

- So What New Crossovers Are a Good Replacement For The RAV4 V6?

New RAV4 Engines
Toyota’s new 2016 RAV4 will carry on with the 2.5-liter four-cylinder, and Toyota’s sales are through the roof. Standardizing on a 4-cylinder engine bay keeps things simple. For those that want a smidge more power and also better fuel economy, the new 2016 RAV4 Hybrid might do. For those that want a Toyota-family of brands vehicle with more power the Lexus NX200t and its 2.0-liter turbo is also an option. One could argue that the RAV4 with a V6 might be better in some ways than either of these new choices, but the NX200t is also selling strongly. In fact, since it entered production it has outsold the BMW X3 every month.

Like many RAV4 owners I also own a 6-cylinder, compact Toyota crossover from that generation, mine being a Highlander. It is easy to understand why the owners of the older RAV4 V6 miss it, but based on what Toyota and Lexus are saying and doing, there is no evidence it is ever coming back. (More on Page 2)

Tesla Contemplates A New Strategy for China Retail even As Sales Boom
Jay Leno on Elon Musk & EVs: “I Think He Should Get ... Credit"
END_OF_DOCUMENT_TOKEN_TO_BE_REPLACED