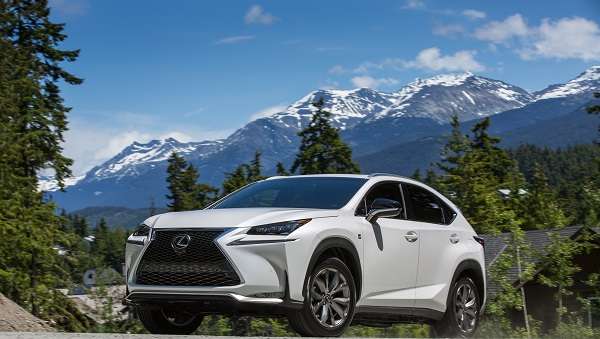 Unlike every other Lexus, this writer says that on the NX, the F-Sport option is well worth the money.
Advertisement

Lexus has released its full pricing now for the 2015 NX 200t and NX 300h compact, premium crossover line. As Torque News predicted, the prices start a few thousand dollars above the fully-loaded RAV4 and max-out below a mid-trim BMW X3. The closest parallel is the Acura RDX, and that is not a coincidence. Today Lexus revealed that the NX F-Sport variants start about $2,100 above the base NX 200t turbo. My opinion after having seen and driven all the NX variations, is that many readers of TN, and most of the general public would be wise to consider the F-Sport treatment on this Lexus.

F-Sport On Bad Roads
I am a Lexus fan and owner. I never hide that, and I reveal my bias where I feel it helps my readers. Of course I am familiar with all of the F-Sport variants that Lexus offers across its full line, and in general, I don’t prefer them. Part of the reason why is that I live in New England where our gas tax and road budgets go to social programs and light rail subsidies instead of into pot-holes. The larger rims, and lower profile tires, don’t help me much in my neck of the woods. In fact they work against my enjoyment of a car. However, the new 2015 NX 200t is an exception to my preferences on F-Sport treatments. Lexus does add fancier wheels and slightly lower profile tires on the 2015 NX 200t. However, unlike some other LexYoda products I have tested the ride was not spoiled by them. I find the RAV4 Limited to be too harsh on its upgraded wheels and tires.

F-Sport Looks
With regards to styling, I feel that the looks of the Lexus NX 200t F-Sport are better. The NX benefits from the front grill treatment the F-Sport adds. Base NX vehicles seem to have a bit of an overbite from some angles. This is another reversal of my general opinion. I think the IS and GS look better in standard trim.

The 2015 Lexus NX family goes on sale in Early December here in the US market. For base NX pricing please see our prior story.