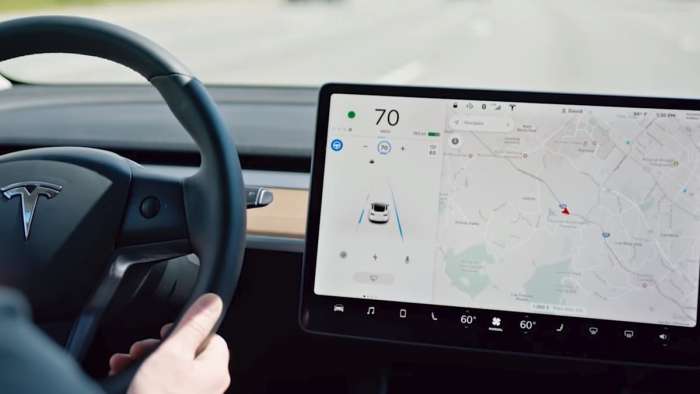 On mainstream news outlet claims Tesla has difficulty appealing to women. Here's why we don't share the view.
Advertisement

A story published in USA Today this week presses the argument that "Tesla has a problem appealing to women." The story leans heavily on "proof by single example" asking individual women, including one female from Indiana who self-describes herself as an "old hippie" who is not ready to buy a Tesla. Before we go much further, is an older "hippie" of either gender likely to be a buyer of a performance vehicle that costs between $50K and $150k? Is a person from a non-ZEV compliance state really the best local resident to ask an opinion on any EV?

Tesla Has 99 Problems
To his credit, the author, Nathan Bomey, has empirical data to back up the premise of the story. He says that registration data show that 31% of Tesla buyers are women. Here is the premise for the story. However, in our opinion, if Tesla does attract fewer female buyers it would only be a "problem" if Tesla had parking lots full of unsold Teslas. It does not. Tesla is struggling with delivery, struggling with keeping its executives from leaving, struggling to be profitable, and engaging in many of the industry's day to day struggles. One thing Tesla has not yet struggled with is buyer demand. It "sells" all of the vehicles it can produce. So, although women are indeed important to any brand's sales, finding people to take the cars home is not a big issue - yet - for Tesla.

Tesla Does Not Actively Seek Buyers
Tesla may one day find that it has a problem related to finding enough female buyers, but it has done very little to engage the public. Also, states like Indiana, which do not participate in EV state rebates and which is not one of the states that follow California's ZEV compliance mandates and goals, is far from Tesla country. No advertisements, zero press vehicles for writers and influencers at female-targeted publications, and a public relations department that ignores information requests from national automotive press outlets is Tesla's present reality. Tesla isn't chasing buyers of either gender right now.

Sources Of Tesla Data
Bomey does ask a few other females for input. One an analyst at Edmunds we hold in high regard. She offered the quote around which Bomey formed his story, saying, “I think Tesla, in general, has a problem appealing to women.”

Edmunds is a respectable vehicle news and sales organization, and Caldwell has two decades of automotive industry experience. Still, we can't agree that having a male-skewed registration balance is a situation that amounts to a problem for Tesla. At this point.

Tesla Trust and Safety Concerns
There is one aspect of the story angle we do not disagree with. Bomey provides subjective examples of women who feel that Tesla's CEO and perhaps its company overall have issues with truth and safety. No Tesla has yet been rated a Top Safety Pick. Those who follow Torque News know that we also highlight Tesla's questionable sales practices (often using EV-advocacy publications as our sources). Tesla also started out as an all-boys club, though the company has since enrolled female board members and executives. To say Tesla may have some image problems is fair.

Tesla Has The Same Male-Female Ratio As Its Peers
We won't offer any gender stereotypes to try to explain away why Tesla's vehicles may be presently purchased by about 70% male buyers. Almost every gender-assumption in the auto industry is wrong. Miata buyers are mostly - fill in the blank - for example. We do recognize that overall more females than males are the purchasers of new vehicles. However, as USA Today's own data show, that is not true of performance luxury brands. In fact, Tesla's male-female ratio of buyers is almost identical to BMW, Audi, Porsche, and Jaguar. All the companies that specialize in performance luxury-priced vehicles. And we don't recall any stories by Bomey at USA Today highlighting these brands' problems with the ladies.

DeanMcManis wrote on July 10, 2019 - 4:16pm Permalink
Good points John. After reading the USA Today article I thought that it was pretty even handed overall, just like your rebuttal. I think that the biggest points are the lower sales of EVs to women (Chevrolet Bolt EV: 69% men, 31% women, Nissan Leaf: 66% men, 34% women). And then generally lower performance/luxury car sales to women. Lexus: 51% men, 49% women Acura: 54% men, 46% women Lincoln: 56% men, 44% women Mercedes-Benz: 57% men, 43% women Cadillac: 58% men, 42% women BMW: 60% men, 40% women With more luxury models having equal sales, and vehicles with more performance appealing more towards male buyers. I agree that some key elements that might effect women buyers more are safety, practicality, and value. I think that as Tesla grows their market, they do need to specifically market their vehicles to women, and educated them about the benefits of electrical cars. I think that the idea of range anxiety, and getting stranded is going to keep women (and some men) from buying any electric car. Happily Teslas, and several other BEVs now offer 200+ miles of range, with top models providing 370 miles of range. And for the value component, the prices of BEVs is steadily dropping at the same time that the range improves. For my wife, economy and comfort are much more important than luxury, technology, or performance. I've only had plug in hybrid EVs, so range is never an issue, and she likes much about the EVs that I've owned, but she simply would not choose to spend the extra money on a new BEV, or actually any brand new car right now. A friend of ours also owned a gas powered Kia Soul (like the first lady in the article) but she just bought a new Hyundai Kona BEV, and she loves the car. I'm not sure why she didn't choose the Chevy Bolt, but do I know that she didn't look at getting a Tesla because she thought that it would be too expensive, even though in the end the $43K that she spent on her new Kona EV could have gotten her a nicely appointed Tesla Model 3. I think that it might have been a harder choice for her if the Tesla Model Y CUV had been available. I agree with you that Tesla is pretty much selling every vehicle that they build today, so right now marketing to women is not their primary concern. But as their market expands with the Model Y and perhaps a new BEV pickup coming, Tesla may decide that educating women (and people in general) about the great benefits of EVs, will broaden their buyer's market greatly.
John Goreham wrote on July 11, 2019 - 10:13am Permalink
I can't wait to try the Kona. The Niro BEV is my favorite car overall right now. The Kona BEV is the only EV I haven't tested yet.
Charlotte Omoto wrote on July 12, 2019 - 12:55pm Permalink
A few years ago, you published an article based on my response about this issue with Tesla. Perhaps you can link it to this?
John Goreham wrote on July 12, 2019 - 1:47pm Permalink
Hello Charlotte! Nice to see you here! Thank you for the reminder. I was able to find the original story you commented back on "Tesla Motors' biggest strength could become its biggest weakness." In that story, I wrote "So far, Tesla has sold cars almost exclusively to very, very wealthy men. The majority of the cars it has sold are second cars, specialty cars if you will. They are prized possessions and they are awesome." I can't find the follow-up story with keywords. Do you remember any of the title words? If so, I will find it and then insert it. - - By the way, that story from 2013 was pretty fun to look back at. Tesla's huge volume of deliveries has been a big challenge over the past few quarters. The premise of my story was that the direct sales model has some downsides.
John Goreham wrote on July 12, 2019 - 1:48pm Permalink
Just found it! Got it and I am inserting it in the new story. Thanks again Charlotte!