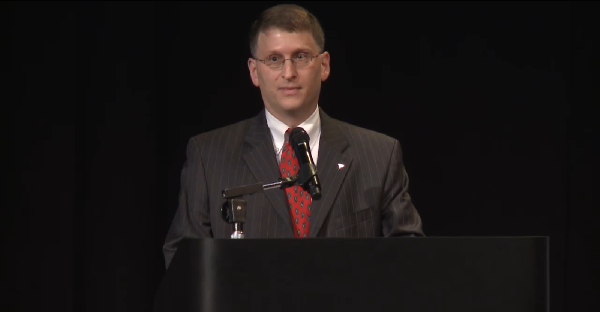 Meet the all-male team over at Tesla

All of the managers and all of the board of directors at electric car maker Tesla are men. If Tesla’s future business plan is dependent on government credits, subsidies, and tax abatements, it may want to consider the other half of the population for key posts like its competitor do.
Advertisement

According to Tesla’s website, all of the people at the company in a key decision making role are men. They might just be some of the world’s smartest, hardest working men, but besides being good business, when it comes to bidding on contracts with the US government and state governments having a few women on the team is law in some cases. Currently at Tesla, only men hold jobs like Chief Technical Officer, Chief Financial Officer, Chief Designer, Vice President of Human Resources, and Vice President of Business Development. Every Director, and the non-director Outside Counsel, is a man as well.

Some might argue that Tesla is a car company, and that “cars are guy things, right?” Wrong. More than half of the cars sold in the US are bought by women according to most sources. Still, can’t we agree that men are really the dominant gender when it comes to key automotive-related STEM (Science Technology Engineering and Math) type jobs? Sorry, but no. By example, let’s look at what other automakers are doing with regard to gender diversity among top management.

At GM they are currently selling the car that Tesla has been promising to build since its inception. Chevy has an “affordable” little runabout that uses only electricity unless the driver wants more range. They call it the Volt and it is the leading electric vehicle in the US in terms of sales. The person in charge of all EVs at GM is Pam Fletcher, GM's Electrified Vehicles Engineering Chief.

If you think that Ms. Fletcher is the token gal over at the country club, think again. The person many point to as the next Chairperson of GM is Mary Barra. Her current title is Executive Vice President, Global Product Development & Global Purchasing & Supply Chain. She and Mark Reuss are the two top contenders for the job when Mr. Akerson finalizes his current retirement transition. Reuss would be perfect for the job in our opinion, except he has one huge thing holding him back. He came up through the ranks at GM as an engineer and is known as a “car-guy.” As current Chairman Dan Akerson recently pointed out to USA Today, not a single US automaker is presently being run by a “car-guy.” Before you start thinking in the back of your mind that women are only on the “clean side of the wall” over at GM, consider that when the Volt went into production GM made sure that the plant it was being built in was run by a person it knew it could trust. Ms. Teri Quigley.

Subsidies and mandates in states like California are a key part of every EV automaker’s business plan and they are vitally important. Zero Emissions Vehicle (ZEV) credits are usually the difference between profit and loss in any given quarter at Tesla. In states like Massachusetts, which provides towns in the Commonwealth with up to $7,500 towards the purchase of an electric vehicle, not being a company with gender and ethnic diversity can mean being eliminated from the bidders' list. Judy Habib, CEO of KHJ Brand Activation found that out the hard way. Even though she was a woman, and she owns her business in the Commonwealth, that was not enough. For some reason, she did not include in her state contract application extension (she had done business with the state lottery in the past) the list of her minority or woman-owned subcontractors. Since just being a woman and owning her business was not enough of a qualification to meet the state’s diversity mandate, she was dropped from consideration for state contracts.

The Nissan Leaf is the other affordable “people’s EV” currently in its second generation of sales in the US. Overall, Nissan USA is basically old-school, all-male, but there are two key women on the team. Carla Bailo is the Senior Vice President of Research and Development. The Vice President of Purchasing, Rebecca Vest is also female. Don’t discount that job’s significance at a car company. That was the job Carlos Ghosn, CEO of Nissan, had and where got noticed before his legendary rise to the top job at one of the world’s largest car companies.

It isn’t just huge, successful car companies that see the value of having women in key posts. Or shall we say, hiring the best person for the job, regardless of gender? Over at little EV maker GreenTech Automotive, Marianne McInerney, is (or was) the executive vice president, sales and marketing. She also worked at Smith Electric Vehicles USA, and is the former President of the American International Automobile Dealers Association. Tesla is fighting that organization in court all over the country right now. She might be a good person to have on the Tesla team. Things have turned for the worse recently over at GTA. Tesla should consider giving her a ring. She is also pals with Bill Clinton, perhaps the most influential American alive. That can’t hurt if you are trying to get a government contract for electric cars.

Ford is making its big push into electric vehicles now. Like Nissan, it is pretty old-fashioned when it comes to hiring women. However, they do at least have a female Human Resources Manager. This is like a hospital with all-male doctors pointing to the head nurse as a female in a key position, but at least Ford has one female face for the group photo.

Tesla does give lip service to workplace diversity. In its mandatory Code of Ethics found on its Investor’s page, it states under the discrimination section, “The diversity of the Company's employees is a tremendous asset. We are firmly committed to providing equal opportunity in all aspects of employment and will not tolerate any illegal discrimination or harassment of any kind.” Being firmly committed to diversity is a great statement, but to walk the walk Tesla would need to actually have at least one female among its 14 managers and directors.