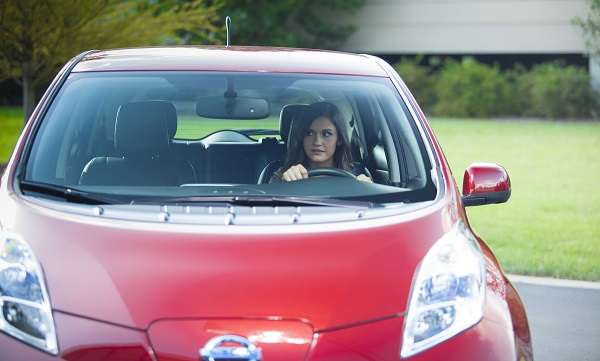 EV sales numbers have been bad for months, but August is a disaster.
Advertisement

Despite frequent headlines touting electric vehicle improvements American shoppers are not buying the cars. Our national obsession with global climate change also does not seem to have made any impact on the buying habits of car shoppers in the U.S. The August sales numbers of a few insignificant models are still trickling in, but the Volt and Leaf official numbers are well below 2013 levels for August, and the estimates by Inside EVs* are that Tesla’s August sales are unchanged since 2013.

Two years ago in August of 2013 the U.S. electrified car market saw sales of about 11,273 vehicles. Included are cars like the all-electric Leaf and the Plug-in Prius. One year later, by August 2014 those monthly numbers had increased to about 12,172. For August 2015, the monthly total may not top 9,000 vehicles. The year to date electrified vehicle totals are behind 2014’s run rate. The past four months of 2015, May, June, July, and now August, are all well below last year’s monthly totals.

Nissan Leaf sales, in particular, have dropped off to about half of the monthly average from last year. The Leaf’s 1,393 units sold in August are well below 2014’s average month of sales for the Leaf, which was 2,516 cars. In fact, since the Leaf became a full production model in October of 2012 the Leaf’s sales rate has never been this low.

New models like Tesla’s overdue Model X and the new generation Volt coming in October may help overall EV sales increase. However, to do so, those new models will have to offset declines in other EV models.

Thomas wrote on September 2, 2015 - 7:39am Permalink
What a wonder. I' m looking for a Nissan LEAF. But actually one can't make a buying decision because of the uncertainty what the 2016 model ist brining. Everyone except Nissan is talking about. This shows that Nissan has not fully embraced the Internet age. It would be far wiser to give the information to the market to be able to jugde the situation. So I will be waiting...
John Goreham wrote on September 2, 2015 - 2:26pm Permalink
You bring up an excellent point. EVs are evolving so rapidly one worries that a newer model just around the corner will be less expensive and better in range and other ways. In other articles I have always advised EV shoppers to strongly consider a lease. One nice thing about leases is they offer a nice easy exit not many years away. EVs have the lowest resale value of any vehicle type. Buying the last of an old generation is a real risk financially.
Ashton wrote on July 5, 2018 - 5:22am Permalink
Hi to all, how is all, I think every one is getting more from this web site, and your views are good designed for new visitors.
Justina wrote on July 12, 2018 - 2:50pm Permalink
Howdy! I could have sworn I've been to this site before but after going through many of the articles I realized it's new to me. Anyhow, I'm certainly happy I discovered it and I'll be book-marking it and checking back frequently!