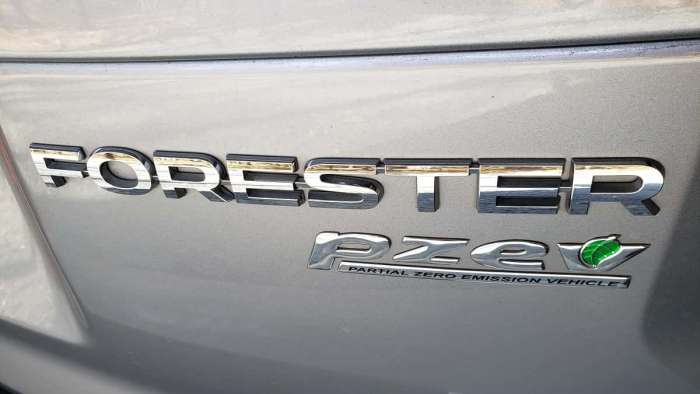 Partial zero automobiles are a big part of the green vehicle landscape. Here’s an overview for those who wish to dramatically reduce their pollution and carbon footprint with almost no compromise.
Advertisement

Stay-at-home mandates and PZEV vehicles have one thing in common - they both reduce smog. The term partial zero-emissions vehicle, called “PZEV” by green vehicle advocates, seems a bit of a contradiction. After all, what does “partial zero” really mean? How can something be partly nothing? When it comes to pollution and carbon outputs, partial zero makes perfect sense in the real world.

There are three types of partial zero vehicles currently available in the U.S. marketplace. These include internal combustion vehicles with special emissions equipment, hybrid vehicles, and plug-in hybrid vehicles. Let’s take a look at how each category can offer partial zero emissions and in what circumstances.

PZEV EPA-Rated Vehicles
The EPA and CARB have a goal in common. Both want to reduce pollution and carbon emissions from the vehicles we drive. Without a boring hours-long overview of the history of the automobile, let us jump to the current day “normal” cars sold in America. Normal, meaning they burn gasoline and they do not have any sort of hybrid or electric-drive plug-in capabilities.

PZEV level vehicles sold today in some states emit dramatically less smog-causing emissions than the legal (federal) maximum for their model year. In fact, the PZEV cars on sale today meet the much stricter 2025 EPA emissions standards now. PZEV cars were specifically designed to reduce smog through evaporative emissions as well. They have extra emissions system components and the catalytic converters are different (close-coupled). PZEVs also do two additional things that conventional cars do not. First, they heat up the catalytic converters more quickly. All gas-powered cars are their dirtiest before the catalyst is hot enough to work. PZEV cars also have lower emissions in the immediate period after a car is shut down. In this sense, they have “partial zero” emissions because there are times that their emissions are zero compared to other, non-PZEV cars, on sale. One plus is these vehicles have a 15 year or 150,000-mile warranty on their emissions systems.

Hybrid PZEV Vehicles
There is a second type of “partial zero” emissions vehicle that makes a bit more sense. Hybrid cars like the Toyota RAV4 Hybrid, Honda CR-V Hybrid, Toyota Prius, Hyundai Ionic, Ford C-Max, and others actually only use gasoline as power. Here we are talking about the non-plug-in trims. Although these hybrids only use gas as energy, they do operate for a meaningful part of their running time as zero-emissions electric vehicles. They generate electricity when they decelerate and store it for later use via an electric motor or motors. Nothing comes out of the tailpipe during times these vehicles are operating in "EV Mode." Thus, they are truly “partial zero.”

The situations in which they operate with no emissions is important. Hybrids can pull themselves around using only the power in their batteries at slow speeds. For example, when creeping along in traffic, or when in parking lots. Hybrids emit dramatically fewer pollutants than conventional cars their same size and capacities. One added trick the Toyota Prius employs is to capture and store engine heat that would otherwise be wasted. This is so its catalyst heats up to operating temperature much more quickly and more often than conventional cars’ systems would. When stopped, these hybrid cars are also off. Hybrids don’t normally run when they don’t move except in some rare situations. 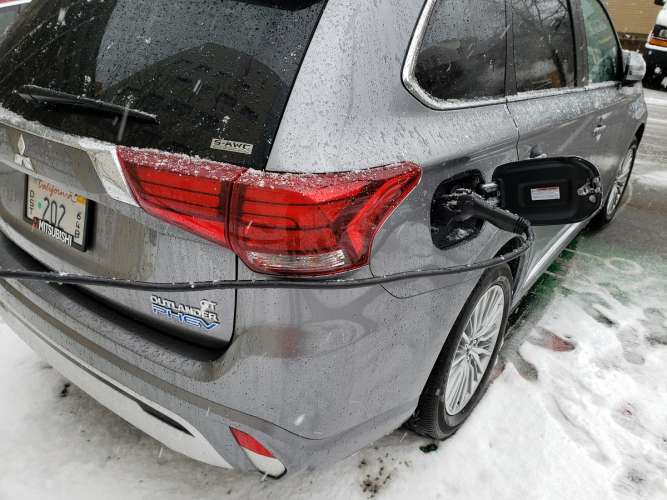 Plug-in Hybrid Partial Zero Vehicles
The third type of partial zero vehicle is extended-range electric vehicles (EREVs) like the Chevy Volt and BMW i3 and the plug-in hybrids like the Toyota Prius Prime, RAV4 Prime, Kia Niro PHEV, Mitsubishi Outlander PHEV, Ford Escape Hybrid PHEV, and many others. These plug-in vehicles use gasoline sometimes but can drive for a majority of the time they operate without using gas. When using the electric drive they produce zero emissions. However, they can revert to a gas-hybrid mode for added range when needed. Some owners of plug-in vehicles use as little as a tank of fuel per year and the rest of the time they operate on electricity only. These vehicles can use so little gas the cars even have a system to use up the gas before it gets stale. Plug-in hybrid vehicles earn ratings as high as 133 MPGe.

Those who wish to reduce pollution and also reduce the carbon emissions from their vehicles have many options. A partial-zero emissions vehicle is one way if an all-electric vehicle or public transportation powered by electricity does not fit your lifestyle.