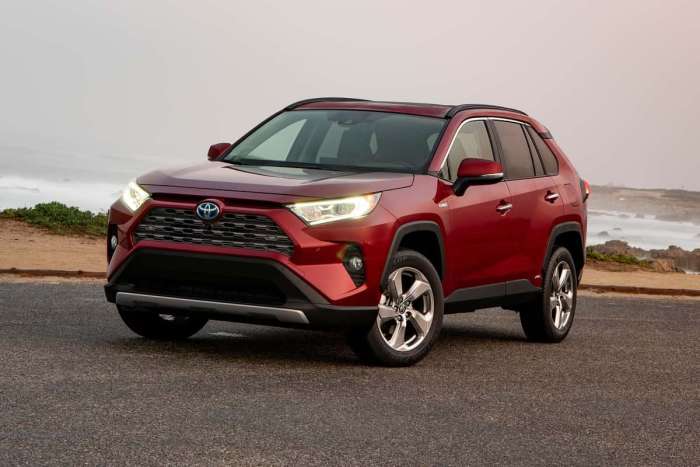 The 40 MPG 2019 Toyota RAV4 Hybrid nearly touched 11,000 units sold in the U.S. in May. With 10,921 units sold, the RAV4 Hybrid is by far the top-selling green vehicle in the U.S. market. To put this volume of green vehicle sales into perspective, Toyota's RAV4 Hybrid crossover is effectively out-selling the entire affordable plug-in and battery-electric vehicle market in America.

Affordable EV Sales Are Down
Sales of affordable electric vehicles have stagnated in America. The Leaf and Bolt are now selling at less than half their prior rate of sales and Chevy killed off the Volt earlier this year.

Toyota's Prius Prime plug-in is selling best, but still averaging under 2,000 units per month. The promising sales of the Honda Clarity plug-in are now below 1,000 units per month. Kia and Hyundai both have exciting new battery electric vehicles, but aren't making any in any serious volumes. We now know why, and will cover that in a coming story. The bottom line is that without Tesla's high-priced EVs, the battery-electric market is basically nonexistent.

RAV4 Hybrid is New For 2109
The RAV4 Hybrid is an all-new vehicle for 2019. Its prior generation was selling between 4,000 units per month and 5,000 on a good month. During the early part of this year, sales dropped not due to demand, but because Toyota was transitioning to the new model. Now that Toyota has its new RAV4 production up to scale, it is simply dominating the affordable green vehicle market in North America.

What About Tesla's "Affordable" Model 3?
Tesla's Model 3 is the only other high-volume green vehicle presently sold in the United States. However, despite Tesla's long-running smoke and mirrors campaign regarding an affordable version, we estimate its average transaction price to be about $50K. We would tell you exactly what the average selling price was, but Tesla has declined to reply to our request for that information. We don't take it personally. Tesla's communications team only communicates with the media when it suits Tesla. We guestimate that Tesla may have delivered about 1,000 Model 3 vehicles under $45K - since its launch nearly two years ago. We'd be happy to correct the record if Tesla would like to share its sales data. 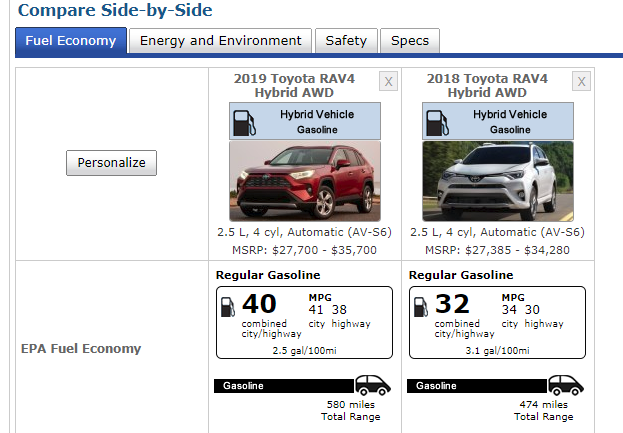 RAV4 Hybrid Specs and Prices
The new RAV4's fuel economy is up dramatically over the outgoing generation. So too is its power, which is now at 219 hp combined. The RAV4 also has more torque than any other affordable crossover's base trim. With 580 miles of range, the RAV4 Hybrid is by far the longest-range green crossover ever produced. Prices start at just under $30K including destination and top around $39K. There is no other vehicle quite like it in the green vehicle market except the Mitsubishi Outlander PHEV, which is selling at an average rate of 200 units per month.

Why Is the RAV4 Hybrid So Popular?
Toyota's secret sauce is not that hard to decode. First up, nobody wants cars anymore. Five-door hatchbacks like the Kia Niro BEV are a good second choice, but they are not crossovers since they are front wheel drive. Second, Toyota offers the RAV4 Hybrid with AWD and it works fantastically in all weather conditions. Third, the RAV4 Hybrid's cargo volume is about 38 cubic feet with its rear seats up and about 70 cubic feet with the second row folded. Contrast that space with the 15 cubic feet of cargo in a sedan like the Tesla Model 3. For families, the crossover is always the winner.

RAV4 Hybrid - Looking Ahead
We suspect that May was a make-up month for Toyota. There was pent up demand for the RAV4 Hybrid and the factory caught up. It will be interesting to see if the RAV4 Hybrid crossover can outsell the entire affordable EV market for the full calendar year of 2019. We think it will be close.

Dale Doback wrote on June 7, 2019 - 8:02am Permalink
If Toyota can ramp up production, it will easily outsell the rest of the affordable market. The only thing holding it back is the supply. 2 month wait times at full msrp right now. If the supply goes up, it is a no brainer for anybody who wants an AWD RAV4. Only $800 more for 10 extra mpg, more HP and more torque. Even if you didn't care about the extra power and onky drove 10k miles a year, the hybrid pays for itself in 3 years at current gas prices in the cheaper states. 2 years in Cali.
Daniel Hinich wrote on June 7, 2019 - 10:22am Permalink
Still waiting for Android Auto
John Goreham wrote on June 7, 2019 - 3:57pm Permalink
As a long-time Toyota owner from a family with three generations who favor Toyota, I am with you, Daniel. The news about the 2020 Lexus RX having Android Auto gives us all hope that it will trickle down to the high-volume 'Yodas. And there is no higher volume vehicle from Toyota than RAV4.
John Goreham wrote on June 7, 2019 - 3:55pm Permalink
You are spot on Dale. Our own Jeff Teague has a bit of inside knowledge on the subject and reports that dealers and buyers are dying for more RAV4s. The good news is the factories are catching up. Last month was RAV4's top-selling month for both the hybrid and conventional trims.