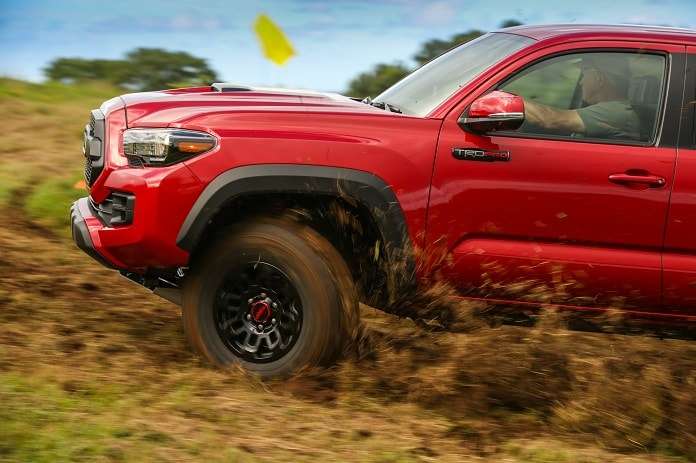 Toyota cannot build enough Tacoma pickup trucks. The automaker builds the Tacoma in plants in North America and every location is at three shifts and maximum capacity. Still, even with excellent offerings from Honda and GM expanding the market, midsize pickups are hot and consumers cannot get enough of them.

Toyota Tacoma Capacity
Toyota has always limited its pickup truck capability in North America. It is an open secret that Toyota has done this as a political move so as to not anger lawmakers and spur GM into a head to head vehicle war. However, Toyota does not really limit the Tacoma this way, just its full-sized pickup, the Tundra, so more Tacoma capacity would be a benefit.

When Toyota last announced it had found more capacity it was clear that the Tacoma would become more Mexican than American in terms of production volume. Now, for the second time, the Tacoma is finding more volume in Mexico due to an unlikely reason.
- See Our Prior Report: Will 2017 Toyota Tacoma Being Mexican-made Matter to Buyers

Tacoma Benefits From Mazda Partnership
This week Toyota announced it would strengthen its ties to Mazda in North America. Part of the new plan is for the two companies to build a plant, not just in North America, but specifically in the United States. Here again, politics plays a role in the auto business. Toyota has already announced that the plan to build more Corollas in the Guanajuato, Mexico plant it broke ground on in 2016 will be changed. The Corollas will now be built in the new United States-located plant that will be part of the Mazda partnership. Toyota also says that the new plant in Guanajuato, Mexico will be making Tacomas instead. One location already actively lobbying for this new plant to be built is San Antonio, the location of the current Tacoma factory location.

The Guanajuato, Mexico plant is massive. When completed in 2019 it will be capable of producing 220,000 vehicles per year, according to a Toyota statement in November of 2016. Right now, Toyota only builds about 190,000 Tacomas in total per year, so the capacity could double.

Toyota Tacoma Sales Leadership
The Tacoma is presently the market leader in Midsize pickups. With monthly sales of about 16,000 -17,000 units, the Tacoma outsells both the Chevy Colorado and GMC Canyon combined.