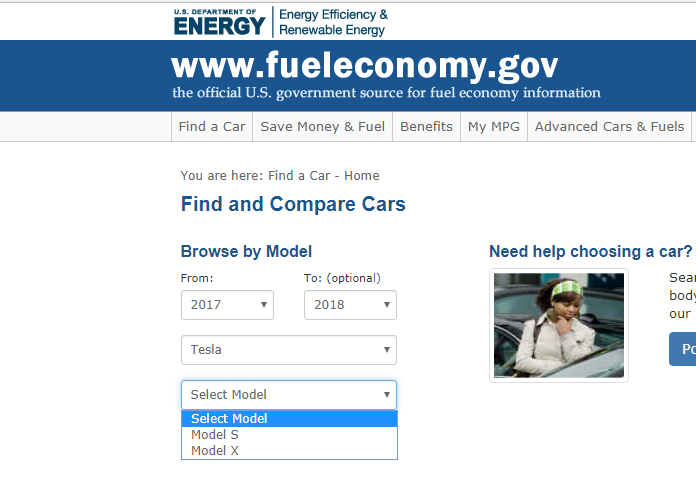 No Official Window Sticker For Model 3
In the U.S., every car sold must have a Monroney sticker affixed to its side window by law. The is sticker has evolved over the years, but now contains primarily fuel economy information (in the largest font on the sticker), energy (or fuel) costs in the second largest font size, crash test data from NHTSA, manufacturing location and parts origin by percentage, and, of course, the individual vehicle's MSRP and standard and optional content in the smallest font. Tesla will be providing vehicles to consumers without official data.

This according to the folks at www.fueleconomy.gov. This site is the U.S. Department of Energy's on-line resource for shoppers who wish to compare the energy consumption and energy or fuel costs of vehicles they are considering. Presumably, electric vehicle shoppers have an interest in such data. Torque News reached out to the group when it became apparent that Tesla's launch had begun without EPA energy efficiency data being posted.

Where Is the EPA Data For Model 3?
We asked the folks at www.fueleconomy.gov if the information was available and discovered it was not. Our inquiry was timely. Just yesterday, July 26th, 2017, www.fueleconomy.gov received an e-mail from the EPA informing the group that the data would be a month late and that official sales of the Model 3 would start on July 28th (not what you may have otherwise heard reported). Instead of an official Monroney sticker, the EPA will allow Tesla to ship a limited number of vehicles (possibly less than 100 in total) with “conditional fuel economy label”. WWW.fueleconomy.gov explained to us that, "This provision in EPA regulations allows manufacturers to introduce a model based on manufacturer’s test data, while the test vehicle is being confirmatory tested at EPA." The group says that EPA won't be sending any information to www.fueleconomy.gov until the data is finalized, which is estimated to take another month.

Tesla's "Fits and Starts" Launches
Tesla's vehicle launches have a history of slow roll-outs with limited data available to consumers. The last vehicle Tesla launched, the Model X, took three months to total 15 vehicles sold. It took about two years for Tesla to fulfill pre-orders. The first mainstream vehicle Tesla sold (after the Roadster), the Model S sedan wasn't tested by IIHS, the most respected safety group in America, for five years due to low volume of sales. Once tested it failed to earn top scores. Tested a second time, the Model S still was not able to match its peers' safety scores.