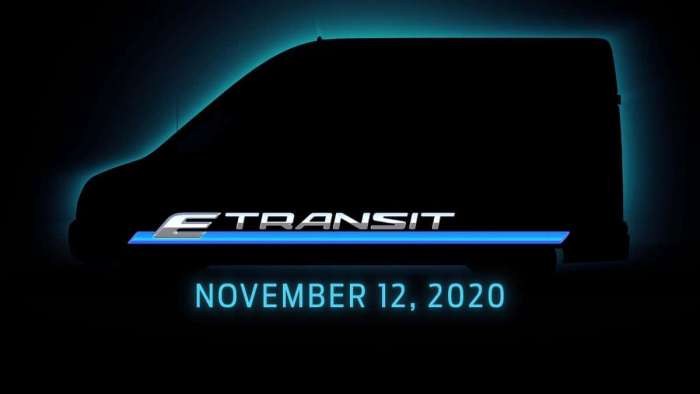 Like Solar City, Tesla has used ICE fleet vehicles for more than a decade. Here's what Tesla will have going forward.
Advertisement

If you are a Tesla owner, you already know that Tesla uses internal combustion engine-powered vehicles in its sales and service fleet. Despite Tesla's commitment to "breaking the wheel" of global fossil-fuel addiction, the company's many divisions still use carbon-spewing, Earth-frying gas guzzlers to transport its vehicles and to sell to and service its customers. That can soon change if Tesla opts to go electric. 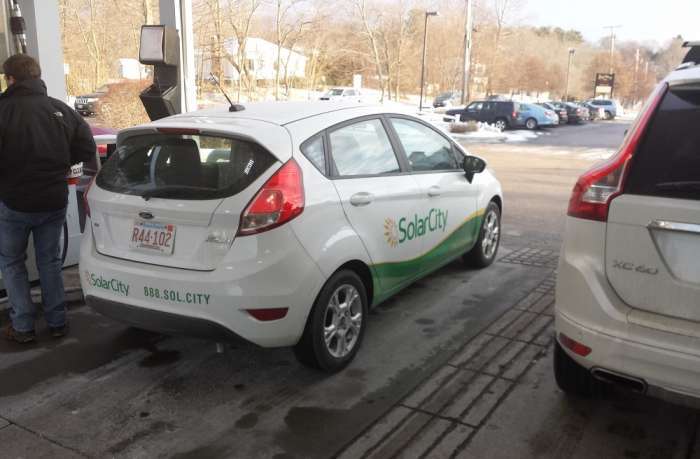 Tesla has favored Ford vehicles in the past for its various sales and service vehicles. Check out a Tesla forum or Facebook club to see the Ford-built ICE vans Tesla is employing now to help Tesla vehicle owners. If Tesla opts to continue to purchase Ford vehicles for its fleet needs, the logical choice going forward would be the E-Transit BEV. It is designed specifically for the duties that Tesla requires, and is about to require much more given the success of the Model 3 sedan and sales success of the Model Y crossovers. Elon Musk has recently committed to expanding its service capacity at "Max speed."

“Commercial vehicles are a critical component to our big bet on electrification,” said Jim Farley, chief operating officer, Ford Motor Company. “As leaders in this space, we are accelerating our plans to create solutions that help businesses run better, starting with our all-electric Transit and F-150. This Ford Transit isn’t just about creating an electric drivetrain. It’s about designing and developing a digital product that propels fleets forward.”

Ford hasn't said much about the E-Transit yet except to tell us that it will be revealed on November 12th, Thursday of next week. Earlier this year, Ford mentioned in a press release that the E-Transit would be a model-year 2022 vehicle, so its first deliveries could start any time in the coming six to nine months. That would seem to jive with Tesla's need for dramatically more service capacity for its rapidly-growing vehicle population in North America and beyond.

Related Story: Peak Battery Update - Tesla Warns Of Shortage and It's Not Alone

Like all types of electric vehicles, including Tesla's, battery supply capacity and much higher than ICE vehicle costs are likely to be the only limiting factor in Ford's ability to build, sell, and deliver all-electric service vans. Of course, Tesla is in a unique position to both help Ford with its financial challenges and also any battery constraint barriers the company may run into.

Like Amazon's commitment to BEV vans, Tesla would seem to be perfectly positioned to assist Ford in its new electric commercial van launch. Committing to purchasing all of Ford's year-one capacity would be a perfect gesture to kick that off.

Would you prefer that all-electric Tesla move to reducing its reliance on internal combustion engines in its business? If so, tell us if you think Tesla switching to BEV service and sales vehicles would make you a happier fan of the company.