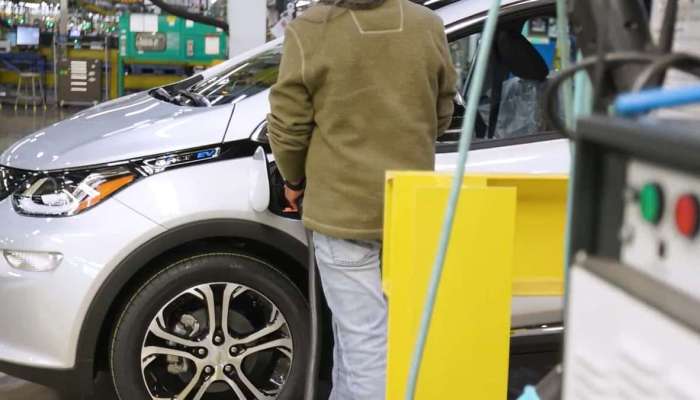 Peak Battery Update - Tesla Warns Of Shortage and It's Not Alone

The real reason that battery electric vehicles are not "selling" is because of the battery supply chain. In fact, Tesla also warns of battery shortage.
Advertisement

Torque News recently did a long-format story explaining that the world has reached a point of "peak battery." This term means that, for now at least, the world's automotive lithium-ion battery supply chain is maxed out. This is the underlying reason why battery electric cars are failing in the U.S. marketplace.

A Single Successful EV In Ten Years
Since the new age of electric vehicles began a decade ago, only a single model, the Tesla Model 3, has been a success. No other EV of any type has been able to maintain a monthly delivery rate of 2,000 units per month. That is a tiny number when one considers that mainstream models typically sell at between ten and twenty times that number. Worse, top sellers like the Chevy Bolt and Nissan Leaf are well off their prior high sales points and declining this past year. Not increasing. New models like those from Honda, Kia, and Hyundai are loved by consumers, but can only be delivered in volumes under 1,000 units per month. This despite these automakers still receiving full federal tax subsidies. Vehicle demand is not the problem for EVs. The manufacturers just can't get the batteries they need anywhere near the price point they require to make affordable EVs workable.

Battery Shortages
The reason that a batter supply chain shortage has caused the failure of the electric car in America is simple and has two intertwined elements. The battery supply chain shortage means that there will be rationing and the rationing then causes very high prices. Tesla was ahead of the rest of the industry and locked up its supply of batteries first and best. Tesla also charges between $50K and $130K for almost every model it sells. The battery price is not as much of a drag on popularity and sales in luxury-priced vehicles, and thus, the Tesla trio has had more success in their segments than affordable EVs.

The Spin Doctors Begin To Play A Role
In today's automotive press release feed, the topic came up again. The new press release is written by mining interests who wish to downplay Tesla's warning, which was reported by Reuters. However, is Tesla's May warning the only indicator?

It is not. In March, prior to the date that Reuters reported Tesla's warning, Mining.com reported, "Electric car dreams may be dashed by 2050 on lack of cobalt, lithium supplies." The story is very balanced and it offers input from multiple sources with multiple viewpoints.

Here's our take: You know something is based in truth when the spin doctors start to weigh in claiming otherwise. And that is exactly what today's press release was.

DeanMcManis wrote on July 14, 2019 - 2:43am Permalink
First off, if you are judging the success of EVs just by sales numbers alone, you are missing the point. Electric drivetrains are essentially the only new automotive technology of the last 120 years in cars, which have almost exclusively been using ordinary internal combustion, fossil fuel engines. So expecting sales numbers that rival traditional best sellers like the Ford F150 and Silverado, is surprising. Especially with such big profits being made today by the oil industry. So it was a real accomplishment to have the Tesla Model 3 sell in competitive numbers in it's first year of production. Unlike BEV superfans, the realistic evolution of EVs will see it's biggest impact as more and more mainstream cars are released with counterpart hybrid models, and you can see that trend emerging with Toyota, who offers many of their models in a hybrid version as well. Also more large manufacturers like Hyundai and Honda will offer more plug in hybrids, and finally several big automakers like VW will offer more than double the BEV models that are being produced today. The quiet gigantic player in this EV game of course is China, who controls over 80% of rare earth elements, and is trying to buy up massive quantities of Cobalt (from the Congo and Russia) and lithium. China has considerable domestic incentives to promote BEVs, and the world's biggest market with a population of over a billion people. They sold over 1.25 MILLION new energy vehicles in 2018 (BEVs and PHEVs). At the least they are simply trying to secure their own supply of needed battery materials, and at the worst they are trying to control the world market. But I have to say that even though Tesla is correct in openly stating the issue with cobalt supply, they do have an inside agenda at play here as well. Their current Model 3 (Panasonic) batteries have a much lower cobalt content than their competition, and most importantly for this discussion, the new dry electrode Maxwell batteries that Tesla owns the patents and rights to build, do NOT use cobalt at all, plus they are easier and cheaper to build, are more reliable, and have potentially up to double the energy density of existing automotive lithium batteries. So this cobalt shortage announcement could well be the precursor to Tesla's subsequent unveiling of their next generation batteries, which have the potential to give them a great advantage over other manufacturers, and because of their vertical integration model, they would have far less reliance on world market economies and suppliers than their competition overall. But I have always said that competition breeds innovation. And as the EV market is likely to at least double in the next 3-5 years, other automakers will have to similarly innovate to remain competitive.
Ronald Leemhuis wrote on July 16, 2019 - 9:45pm Permalink
If EV production is limited by the availability of battery capacity, it would seem natural to concentrate on plugin hybrids (like Chevy Volt) over pure EVs. With a much smaller battery (18.4 kwhr in the Volt), one could make about five volts for every Tesla with a 90 kwhr battery. Yet the Volt provides a high percentage of EV miles for the typical user.
DeanMcManis wrote on July 17, 2019 - 12:47am Permalink
This is entirely true. Smaller battery packs in hybrids, and plug-in hybrids reduce the battery requirements dramatically. But some people supporting EVs only support BEVs, and condemn anything but BEVs. One valid point is that you have a duplication of motors in a hybrid/PHEV/EREV which adds to the complexity of the vehicle, but the other side is that most people who drive PHEVs actually do most of their driving purely on electricity. Which means that the wear and use of the gas engine (generator) is minimal. I've had 3 Chevy Volts, and now have a Cadillac ELR PHEV, and I really just consider them all to be simply electric cars, just without any range anxiety. Even though BEVs and Tesla get the lion's share of headlines, the simultaneous revolution will be the acceptance and growth of hybrids and PHEVs in mainstream cars. All EVs, including hybrids, PHEVs, and BEVs still only make up 3% of new car sales, so there is easily enough room for growth left in the automotive market for all different kinds of EVs to sell more. Just as there is enough room in the automotive market to sell sports cars, vans, sedans, coupes, along with CUVs, SUVs, and trucks.