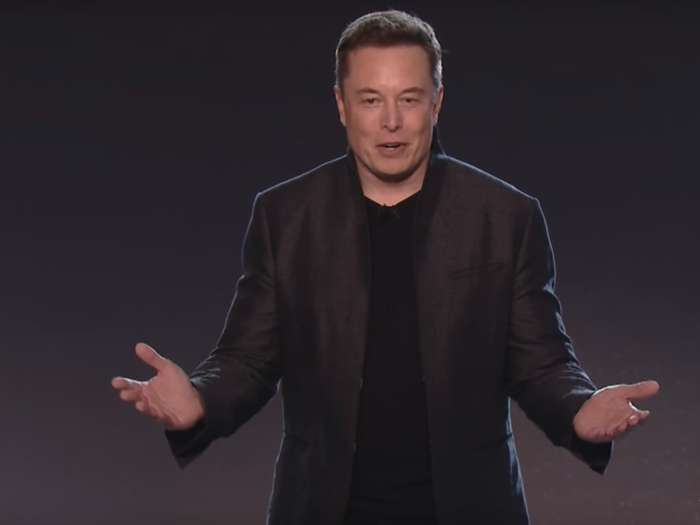 Tesla's stock has been up and down recently depending upon Elon Musk's state of agitation. A quick look at the trends is not pretty.
Advertisement

Tesla followers see nothing but sunshine and daisies for the luxury automaker. A look at the trend for Tesla stock is not quite so rosy a picture. One year ago, Tesla's share price was about $100 higher. On October 10th, 2017 the stock closed at $354.60 At the close of the market today, the share price was $256.88. That represents a 28% decline in value. Looking back at other anniversary dates isn't much of confidence builder either. October 10th of 2014, the price was $236.91, basically the same share value Tesla has today. 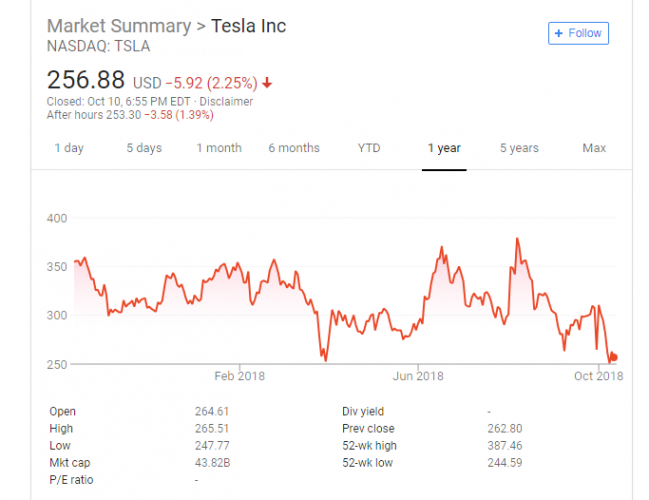 If you are a true believer in Elon's vision for Tesla, now seems like a great buying opportunity if you listen to the right analyst's opinion. In late August, Cathie Wood, ARK Invest CEO and CIO, said on CNBC that "Tesla is a $4,000 stock." Before it was known that Elon Musk's plan to use big oil profits to take Tesla private was complete malarky, Wood urged Musk not to take the company private in an open letter. Just in the short time since Wood made the prediction and the request to Musk, the stock has declined 10%.

Aside from Ms. Wood at Ark, it is getting a bit harder to find support for Tesla stock.

Tesla, Inc. Quick Facts:
Tesla Inc. is a holding company that includes the Tesla vehicle brand, energy storage products, and solar power products. Tesla Motors, of which Elon Musk was not an original founder, was rolled into Tesla, Inc. in early 2017. The company has produced four electric luxury vehicle models, its most recent being the Model 3 compact luxury sedan starting at about $50,000. Sales of the Model 3 have been explosive lately, with the Model 3 overtaking the BMW 3 Series in a segment it long dominated. Tesla often boasts having the safest car models in the world, yet no Tesla Model has ever earned an IIHS Top Safety Pick Plus designation, something economy cars like the Hyundai Elantra routinely do.

Author note: The author has never owned Tesla stock or bonds, or had any financial stake in Tesla Motors, or Tesla, Inc.