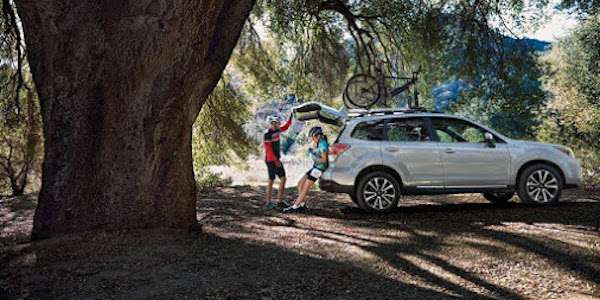 Subaru has decided to part ways with Suzuki. Why did Subaru succeed and Suzuki fail?
Advertisement

Can you name any Suzuki vehicles? Unless you are an auto junkie, you can’t. Can you name three Subaru vehicles? Even if you don't own a Subaru, everyone reading this probably can. Everyone knows the 2017 Forester, Outback and Crosstrek, their top 3 cars in the lineup. Subaru and Suzuki are two automakers going in opposite directions. Why did compact buyers pick Subaru over Suzuki?

After Suzuki announced in November (2013) that it would stop U.S. vehicle sales, it was only a matter of time before Subaru and Suzuki would end their relationship. The divorce has finally happened as Subaru announces they’ve sold the entire shares of common stock it held in Suzuki Motor Corporation.

For 17 years Subaru and Suzuki have held a strategic alliance, but it’s over as of August 9, 2016. In December 1999, Fuji Heavy Industries (FHI), parent company of Subaru, and Suzuki announced the formation of a strategic relationship and agreed to hold shares in each other as a symbol of the alliance. FHI acquired 5,780,000 shares in Suzuki, which were held until the sale which took place yesterday.

Two automakers going in opposite directions

Subaru and Suzuki are two automakers going in opposite directions and the marriage wasn’t working. Subaru of America is on a roll as it picks up market share and posts strong earnings with models like its Outback and Forester crossovers and SUVs. Suzuki Motor was bleeding red ink and struggled to gain sales in the U.S. with its midsize Kizashi sports sedan and other vehicles we can't remember. Consumers have responded to Subaru because they want recreation-purposed vehicles that fit their active lifestyles. They also offer the latest high-tech safety features compact buyers are looking for.

Suzuki is out, Subaru is in

Suzuki headed the way of Japans' Isuzu, which exited the U.S. market. John Wolkonowicz, an automotive analyst, says "Fundamentally, they were just too small to exist in this marketplace, and they failed to differentiate themselves sufficiently and they’ve been forgotten about.”

Subaru has done just the opposite and created a niche within the market with their unique all-wheel-drive 2017 Forester, Outback and Crosstrek vehicles. Consumers have responded because they want recreation-purposed vehicles that rank tops in safety. With the launch of the new 2017 Subaru Impreza sedan and 5-Door, Subaru is poised for even more growth. Subaru found their niche, while Suzuki never created one. The marriage between Subaru and Suzuki is finally over.