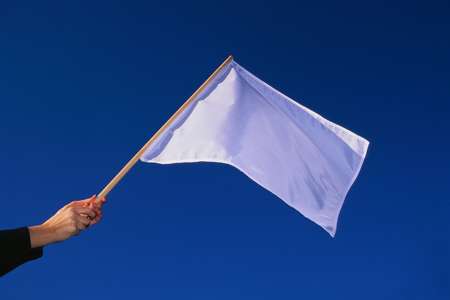 2 car brands that just need to give up

These two brands are still selling in the U.S. but really should think about just quitting the game.
Advertisement

When the quarterly sales reports and corporate filings are released, the auto industry's news is full of the successes and failures. Lots of talk about how well or badly GM, Ford, Toyota, and the others are doing proliferates the press. Yet two companies are still plugging away at the U.S. market despite repeated, long-term abysmal sales figures.

The question is: why are they still bothering?

The two companies, of course, are Mitsubishi and Suzuki. Both make decent products and both are competing in markets where sales figures are traditionally very high - small cars, crossovers and SUVs. Neither company has made any real headway into the North American market in decades, however, and we have to wonder why they are continuing to try.

Mitsubishi
This company's sales figures for the year so far are continuing to drop. They're down under 5,000 units per month now and continuing to slide at double-digit losses year-on-year. They hold less than half of one percent of the total U.S. market.

Mitsu pretty much sealed its own fate when it took part in a very horrible deal with Chrysler back in 1978 to re-introduce the powerful Challenger name under a rebranded Galant. From that serious FUBAR, there was no recovery possible. Since then, despite the appeal of the Lancer and the steady popularity of the Outlander, Mitsubishi has yet to gain anything more than a toehold on the American market.

Suzuki
Known primarily in motor sports of the two-wheeled variety, and jokingly referred to as "Su-sucky" by Harley riders and Honda Davidson bikers, this company actually does very well in that market. In automobiles, however, they are barely half of what Mitsubishi is, making them the smallest major brand still selling in the U.S. Their total market share in this country is barely 0.2% and they're now selling under 2,000 vehicles per month in America.

Their success in the motorcycle markets are likely what sealed the deal for nipping any hope of a foothold in the automotive market for them. Since the name Suzuki is forever equated for most Americans with motocross and cheap around-town bikes, the cars and trucks they want to sell (yes, they have pickups) here are often poo-poo'd as "four wheeled motorcycles." If they even get noticed.

It's too bad too because the company's SX4 line of cars and crossovers and their Grand Vitara SUV are solid offerings.

Volvo?
By all rights, Volvo should also be included on this list. While the brand has a die hard core following of buyers, they actually sell fewer cars than Mitsubishi does, holding roughly the same amount of the market. So why not include them as a carmaker that should quit the game in the U.S. and concentrate elsewhere?

Because not only is Volvo innovative, but they have a good reputation and are well-liked in general by most American car buyers. Their only issue is cost, which is generally higher than the equivalent European import from the competition. Besides, making fun of Volvo is like making fun of the Volt. It's just an invitation for an inbox full of hate mail with no end in sight.

John Goreham wrote on October 18, 2012 - 10:39am Permalink
My picks would be Buick, Lincoln, Fisker, and Tesla.
Nicolas Zart wrote on October 18, 2012 - 4:05pm Permalink
Although on paper Mistubishi might not have the numbers it should have, it does have great products and I'm interested to see how well its PHEV Outlander will do. I agree with John about Buick. Despite a desperate try to rekindle performance in the maker, it's image just doesn't match. A Buick is an old folk's car and even if it laps the Nurburgring quickly, it still is a Buick. That brand needs a complete rethink, I feel. I guess it depends also on a few things. Do you just take into consideration number, bottom line and ROI, the realm of accounts and unrealistic industry expert's follies? In that case, not too many car companies should continue to produce them. If you take into consideration something much more subjective, like appeal, brand recognition and other hard to put a number sort of figures, than Volvo is the "safe car" people by. Mitsubishi's are the performance cars people have come to recognize, and now economical also. What should I even say about Alfa Romeos? Dismal sales but boy, what a kick to drive! As far as Fisker and Tesla, it's only the beginning for them, so we'll have to wait another 5 to 10 years to see what direction they will take.
Aaron Turpen wrote on October 18, 2012 - 5:41pm Permalink
Mostly I considered number of units sold and percentage of market share coupled with how long that's been the case. For a short while, Volvo held a better market share (above 1%) in the 1980/90s, but not for very long. I completely left high-end carmakers that produce only very expensive cars (Alpha, McLaren, etc) as that's an entirely different market.
Keith wrote on October 18, 2012 - 4:45pm Permalink
My initial reaction is to disagree re Buick - simply because they sell a decent volume of cars in the US (even ignoring the zillions they sell in China). And the recent Buicks seem wayyy better than those of say a decade ago. But part of me agrees. I like what I've seen of the new Buick Encore coming at the beginning of 2013. It would work for me. But I don't know if I could own a Buick. That old mans car thing is part of its image. And I'm not saying this as a 30 year old - I'm in my 50s. If the same car were a Chevy, I'd be fine with it.
Aaron Turpen wrote on October 18, 2012 - 5:37pm Permalink
I disagree with Buick. While they have a long row to hoe, they are pulling themselves out of the "old people" association and leaving that to Lexus. They sell a moderate volume of cars and have been for decades. With Fisker and Tesla, they're too new and I consider them niche makers, not mainstream. Right now, they're tiny little companies making a handful of cars. Lincoln does very well in sales and is actually one of Ford's top brands by volume. Ford was right to dump Mercury, but Lincoln is a good seller and it doesn't compete with their other lineups (something GM hasn't yet learned to consider).
Nicolas Zart wrote on October 18, 2012 - 6:45pm Permalink
I think that's the biggest challenge Buick has, to change its image, if it needs to. Personally, I don't think they should. Why not make cars for an older generation that doesn't care about half of the things younger generations do? The problem with mainstream carmakers is they try to be too many things for too many people and fail miserably at thoroughly exciting anyone in the end. I say long live Subys and Mitsus and the rest of the Mazdas, Alfas and all those cars that offer us character. Now if they could only dabble with electricity...