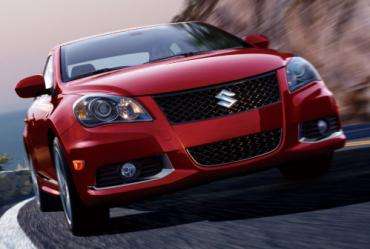 The American Suzuki Motor Corporation has received bankruptcy court approval of up to $100 million in loans.
Advertisement

An American bankruptcy court has approved the American Suzuki Motor Corporation (ASMC) for debtor-in-possession financing of up to $100 million. The money is split in two, allowing up to $50M for operations and up to $50M for inventory purchases from the Suzuki Motor Corporation (SMC). This will be the cash-on-hand Suzuki needs to continue operations through Chapter 11 proceedings.

Suzuki's American arm filed for bankruptcy about a month ago, shortly after being listed as one of the two companies selling cars in the U.S. that I thought needed to just give up.

Despite the bankruptcy, the company plans to use some of the $50M in inventory funds to bring 2,500 additional cars from Japan to the U.S. - cars built for the market before and during ASMC's bankruptcy planning - enough to continue current sales through December and January. Interestingly, Suzuki showed an increase of 22% in sales year-on-year for the month of November, selling 2,200 units last month.

As part of the closing up shop for U.S. auto sales, Suzuki will be continuing marketing and promotion of its remaining dealer inventory. This includes a zero percent financing for up to 72 months offer that is being given through Ally Financial. Automobile warranties will also be honored in accordance with their terms through the ASMC parts service dealer network. Most of the dealerships currently selling Suzuki passenger vehicles (including all 50 top dealers around the country) have agreed to transition to parts and service centers. Most of those dealerships are multi-brand dealers that are not dependent on Suzuki sales.

Suzuki's long-term plans are to close the ASMC operations and buy the debt it holds (roughly $346 million), self-financing the loss with Suzuki's other operations - namely the Suzuki Motor Corporation. The company plans to continue its motorcycle, ATV and similar small-engine operations as-is and will lump much of its existing automotive parts and warranty network into those operations under the SMC umbrella.