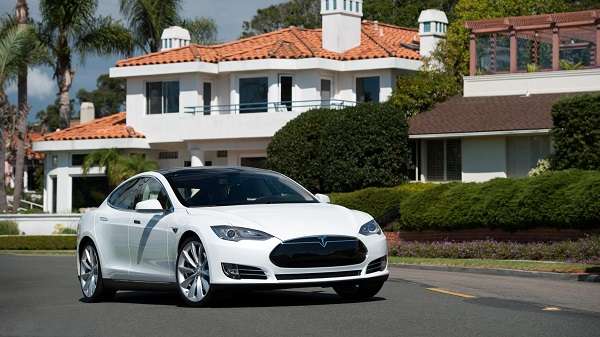 AAA of Southern California has just released their comprehensive annual buyers guide covering all of the green car choices in California. The list includes gasoline powered cars, hybrids, diesel cars, alternative fuel cars like natural gas vehicles, plug-ins and EVs. The big news is that after three model years in the marketplace the folks at AAA have finally discovered the Tesla Model S, which is built in the club’s very own state.

Last year the winner was the Toyota RAV4 EV, a compliance car that Toyota makes to meet CARB’s zero emissions mandates. Over the past 12 months not a single thing of importance has changed on the Tesla Model S P85 or the Toyota RAV4 EV. Yet, this year the folks at AAA have finally gotten religion and chose the Tesla Model S because “The Tesla Model S is an incredible car. It’s the fastest green car we’ve ever tested: it rides and handles very well; it’s extremely quiet and stops on a dime.” This according to the Auto Club’s Automotive Research Center Manager and Chief Engineer Steve Mazor.

The Model S is selling as fast, or faster, than Tesla can build them. The Model S P85 with dual internal chargers, a wall-mounted charger, and the Technology package will cost a buyer about $81,000 before sales tax, and before the government starts throwing money back at the buyer in the form of tax breaks and rebates. Check off all the options boxes and this car has an MSRP of about $128k. The RAV4 EV by comparison is about a third of that price and barely sells, even with dealerships offering cash incentives.

Toyota had been sourcing the drivetrain components for the RAV4 EV from Tesla, though Toyota just cancelled the partnership. In a sense, Tesla has won both the first and second overall spots.

For buyers on a budget, AAA has a list of the top 5 value green cars. Interestingly, but not surprisingly, not one of them is an electric car. One surprise is that none of the three Prius cars found their way to the top 5 of either the overall list or the value list. A quarter million Americans per year see that car as the way to go green, more than pretty much the rest of the combined marketplace. In case you are wondering where the Nissan Leaf finished in the overall ranking, it is number 5, after a Lexus hybrid, a diesel Audi, and the two cars mentioned already.

Related Information:
The full, 140 page AAA Guide can be found here. Be advised it is a very large file.

Johnd90 wrote on August 7, 2015 - 9:25am Permalink
This is really interesting, You're a very skilled blogger. I have joined your feed and look forward to seeking more of your magnificent post. Also, I have shared your web site in my social networks! ddgcggdddfgc