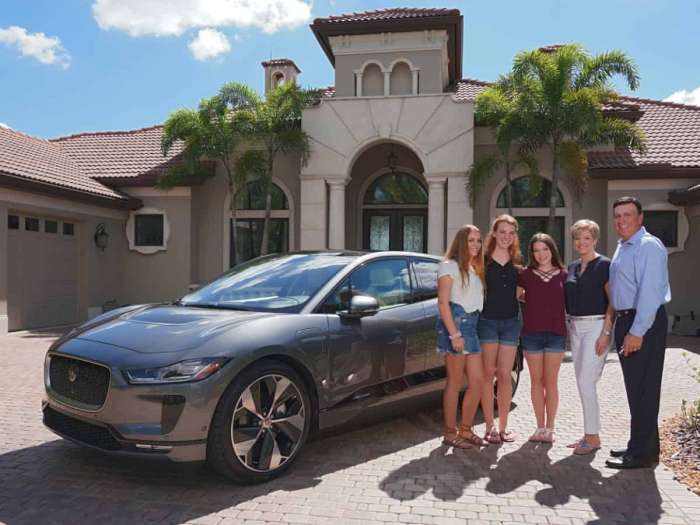 A close look at which electric vehicles buyers actually take home reveals that they are primarily luxury models costing between about $50K and $150K.
Advertisement

In the month of November, 44,148 electric vehicles of various types and brands were sold in America. Of that number, 27,741 of them, or 63%, were luxury performance vehicles by brands that focus exclusively on wealthy buyers.

Luxury brand Tesla now dominates the EV market, and also the luxury car market. Among all of the EVs sold in November in the U.S., just over half, 24,600, of them were delivered to buyers by this one brand. In essence, the Federal EV income tax break has become Tesla’s tax break, since the models from this one luxury brand are the only ones with a steady increase in sales. All other EVs from every other brand sell at a rate of under 2,000 units per month.

The top-selling luxury vehicle of any type in America is the Tesla Model 3. Despite Tesla’s false claims that the vehicle would “Start at $35K,” the Model 3 is now less than a month away from entering its third calendar year of sales and no Model 3 at that low price point has ever been sold to anyone. Rather, Tesla has been selling its Model 3 with a starting price of about $52,000 including destination and delivery charges. The company recently introduced a lower performance trim of the Model 3 starting at about $48,000, but almost none have been sold yet. Tesla also has a new higher-performance trim of the Model 3 that it plans to sell for up to $77,000. Its Model S (Shown above) is now available from stock. We did a search on the Tesla site of a 50-mile radius of our location and found that every vehicle available was priced at $103,700 or higher. A similar search of the Model X finds models priced as high as $139,590.
Related Story - America Now Provides Taxpayer Subsidies To Wealthy Buyers Of the Most Popular Luxury Car Sold In the Country, The Tesla Model 3

Tesla is not the only luxury brand that offers EVs. Porsches’ Cayenne S-E is eligible for the tax credit and starts at about $83,000. BMW’s i8 is eligible and it starts just under $150,000. Volvo, Audi, Mercedes-Benz, and Jaguar also have pricey luxury-performance models to which the federal tax credits apply, and unlike Tesla’s vehicles, most are made outside of the United States. Many of the EVs that qualify for federal tax breaks are made by foreign companies and built by workers living outside of America. 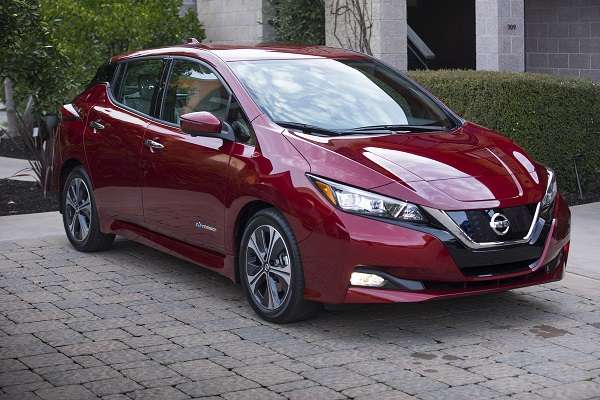 The argument that federal tax credits like the $7,500 applied to the purchase of a vehicle like a Nissan Leaf will make them attractive to buyers may seem valid, but the Nissan Leaf now costs a buyer in a state like Massachusetts less than $18,000 after incentives. And despite ever-growing state, local, and utility incentives to further reduce the cost of the Leaf, the new and improved generation is selling at a lower rate than the prior generation. In fact, the Leaf is now eighth from the top in sales among all EVs. In November of 2014, the Nissan Leaf was the top-selling EV in America with sales of 3,102 units. Last month, the Leaf only earned 1,128 new sales. After four additional years of price supports the Leaf is now selling at a rate 1/3 of its previous sales volume. Chevy’s affordable Bolt and Volt are also selling at a lower rate this year than last. If there is any evidence that federal, state, and local price supports are helping to grow affordable EV sales it is hard to find.

The federal tax credits range in value. Battery-electric vehicles like the $70,000+ Jaguar iPace qualify for the full $7,500 credit. There are no income limits on these federal income tax credits. Millionaires or billionaires can claim it. Plug-In hybrid electric vehicles qualify for a credit based on their battery capacity. The Chrysler Pacifica Plug-in Hybrid qualifies for the full $7,500 credit, while the Toyota Prius Prime, the top-selling affordable EV in America, qualifies for a credit of $4,500.

As the current law is written, the EV tax credits begin to decline when a given company reaches a certain maximum number of EV sales. Tesla and GM are about to begin to have that wind-down start. It will take about two years for it to be completed and the credits decline as time-based milestones are met.

The program that provides the EV tax credits primarily being used by wealthy buyers of luxury cars is contained in the most recent tax policy bill that was signed into law on December 22, 2017. Democratic minority leader Nancy Pelosi called that bill "Monumental, brazen theft from the American middle class and every person who aspires to reach it." No Democrats voted for the passage of the bill which contained the EV tax credits.

More About Tesla: Tesla Model 3 Outsells Every Car Model At BMW, Lexus - Outsells All of Audi and Acura

Notes:
- All U.S. market EV sales numbers in this story taken from EV-Advocacy publication Inside Evs.
- The term "sale" in this story when referring to the volume of units purchased includes leases, as it does in all stories reporting vehicle sales.
- For more information on how federal tax credits work, please check out this story from Nerd Wallet.