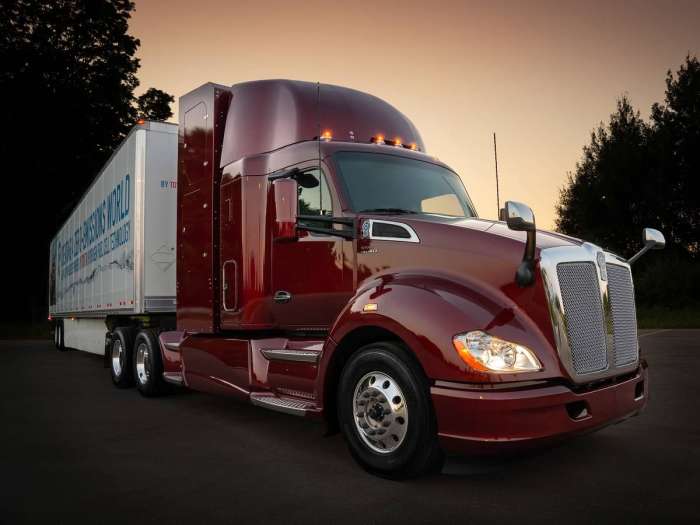 One of the dirtiest types of vehicle operations is drayage. Here's how Toyota's zero-emissions semis are making a difference.
Advertisement

Where is pollution from vehicles the most critical? Many might answer that question with "In Californian cities." Without a doubt, most of the efforts on reducing CO2 and pollution have thus far focused on personal vehicles. However, those are all partial zero emissions or better. Many in California are zero local emissions vehicles. Focusing on cleaning the cleanest vehicles ignores the elephant in the room. Diesel tractors hauling freight in cities is an easy target for pollution reduction.

Right now there are 43,000 drayage tractors operating in the United States. Drayage is the term for freight being moved from a port to a distribution center in or near a city. Right now, 16,000 pollution-spewing diesel trucks are working just in the Ports of Long Beach and Los Angeles, a number that is estimated to double to 32,000 by 2030.

Toyota is operating two trucks among that fleet of 16,000. Both emit nothing but water. The first was Toyota's Alpha truck. It has been hauling freight without creating any pollution for over a year. See our prior story, Zero Emissions Trucks - Toyota Walks the Walk While Tesla Talks the Talk. The new truck, nicknamed "Beta" is just now entering service.

“By evaluating the first truck in our test facilities and on the actual roads in the LA area, we made a list of improvements for the Beta truck build process and performance enhancements," said Andrew Lund, chief engineer for the project. He continued, "We needed to move beyond a proof of concept, which the first truck accomplished, to something that is not only better than the original but is also more commercially viable."

Toyota's electric semi trucks are powered by hydrogen fuel cells. Beta has a gross combined weight capacity of 80,000 lbs. That is the most important of its specification. (watch our fun video below for a surprisingly detailed overview of drayage operations and why they matter. Be forewarned, the gent in the video uses some pretty frank language.) The truck can operate for 300 total miles before stopping momentarily for a quick refuel. Unlike hydrogen fuel cell personal cars which are hard to argue make sense due to a lack of fuel stations, drayage trucks can refill at the port they return to after each trip. The trucks generate 1325 pound-feet of torque from two Mirai fuel cell stacks and a 12kWh battery.

“Our goal with the first truck was to see if it could be accomplished, and we did that,” said senior manager for Toyota’s North American Electrified Vehicle & Technologies Office, Craig Scott. “This time we're looking at commercial viability. We want to help make a difference—a significant difference when it comes to the air quality not only in the LA area, but across the U.S. and around the globe."

LG's New EV Battery Plant Is a Welcome News for Tesla
Tesla Giga Berlin's New Hurdle: It's Not Only the Gov't, but Now Tesla Itself
END_OF_DOCUMENT_TOKEN_TO_BE_REPLACED