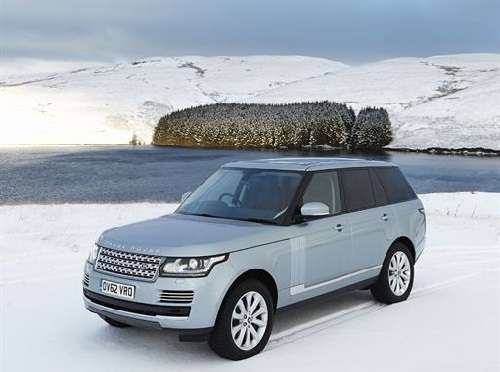 According to both J.D Power and J. Cole more people want to ride around town in the big ole Range than any other vehicle.
Advertisement

The Land Rover Range Rover is the vehicle with the most consumer appeal, according a J.D. Power and Associates study. The study is called the 2013 U.S. Automotive Performance, Execution and Layout (APEAL) Study. Like its name suggests, the study is a look at what vehicle makes and models owners find most appealing. The Range Rover is not just the most appealing vehicle in its class, but of all models in the world at any price and in any car segment. The Range Rover, which is a large luxury sport utility vehicle, is the first non- large premium car to ever take the overall win.

The APPEAL study is a survey of owners that has been conducted now for 18 years. This year it asked 83,000 owners to rate their vehicle based on 77 individual attributes. J.D. Power then rolls this up into a 1,000 point scale. The top 6 brands, none of which are based in North America, all have rankings overall in the neighborhood of about 855 on the scale. Every aspect of the vehicle and how it performs in the eyes of the owner is considered. Transmission and engine performance, design and fuel economy are just some of the items the study covers. David Sargent of J.D. Power said in a video release that “The test was redesigned this year. It now focuses much more on the new technologies that are found in today’s vehicles which can be a source of great satisfaction for consumer, but also a source of great frustration.”

Commenting on its win, Kim McCullough, Brand Vice President, Land Rover North America said "It’s a fantastic achievement for the fourth generation Range Rover to be ranked highest in the J.D. Power 2013 APEAL Study. This underscores the investment being made to innovation and engineering across the Land Rover product portfolio and into making this vehicle the most refined, most capable Range Rover ever.”

Indeed, the Range Rover is the first all-aluminum unibody SUV on the market, technically, since it is a unibody vehicle it is a crossover, but that term does not do justice to the Range Rover’s capabilities. The Rover can hit 60 mph in under 60 seconds on tarmac and is more than able to go anyplace any other off-road SUV ever will. Retailing in the $100K range, the Rover is as much sought after as any supercar. Hit maker J. Cole recently immortalized the Range Rover with the line “Ride around town in the big ole range…” in his song, Work Out.

Image by Range Rover
Video Courtesy of Youtube.com and JColeVEVO