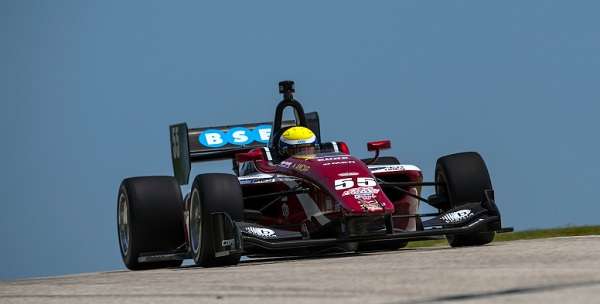 Mazdas Only This Weekend At Mazda Raceway

This weekend at Mazda raceway only one brand is allowed to run.
Advertisement

This weekend at 2.238-mile Mazda Raceway (which you might still call Laguna Seca). This amazing weekend will feature More than 80 drivers from 19 countries competing in 12 races. Every single car involved is a Mazda, and no, it is not just an MX-5 Miata event.

Included in the weekend of Mazda racing will be three open-wheel categories. Mazda driver development scholarships will be up for grabs in those. The Mazda Road to 24 program will feature the first-ever Global MX-5 Cup Invitational and the Mazda Prototype Lites series.

Here’s a look at some of the planned races:
Mazda Road to Indy
The Eleven drivers in this chase represent seven countries. The purse for the three open-wheel series is $2.356 million, and the champions can claim about $2 million in scholarships.

Indy Lights
Two races at Mazda Raceway Saturday and Sunday will determine this year’s scholarship winner. The two most promising racers are from Uraguay and Dubai.

Pro Mazda
The series champion will earn the $600K Mazda scholarship to advance up the ladder to the Indy Lights series next year.

Cooper Tires USF2000 Powered by Mazda
The winner of this series will earn a $400K Mazda scholarship to graduate to Pro Mazda. Drivers from Austrailia, Canad, and Brazil are in the hunt.

Mazda Prototype Lites
Racers from Texas and Utah continue to see who will top the podium at the end fo this series.