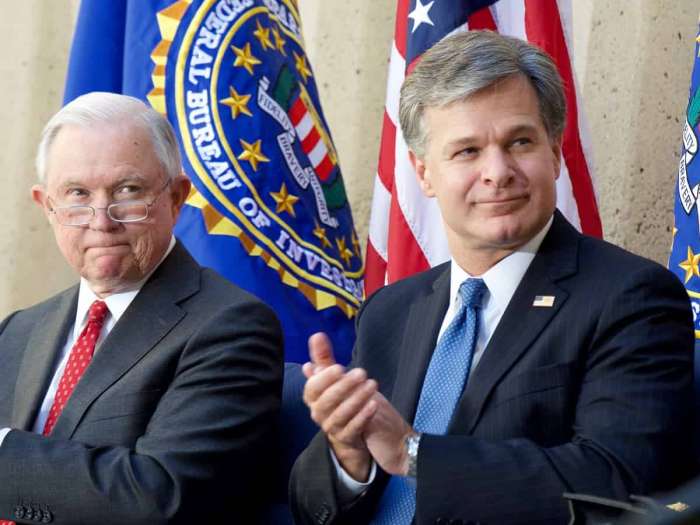 Among its many duties protecting America, the Federal Bureau of Investigation is now taxed with proving the obvious when it comes to Tesla's fibs.
Advertisement

According to reports by both The Wall Street Journal (WSJ) and CNBC, agents from the Federal Bureau of Investigation (FBI) are currently examining whether Tesla and its employees made false and misleading statements about the production of its Model 3 sedan. According to these reports, "Tesla employees have received subpoenas and requests for testimony."

Tesla says otherwise. In a response to the WSJ report, Tesla released this statement:
Earlier this year, Tesla received a voluntary request for documents from the Department of Justice about its public guidance for the Model 3 ramp and we were cooperative in responding to it. We have not received a subpoena, a request for testimony, or any other formal process, and there have been no additional document requests about this from the Department of Justice for months.

When we started the Model 3 production ramp, we were transparent about how difficult it would be, openly explaining that we would only be able to go as fast as our least lucky or least successful supplier, and that we were entering 'production hell.' Ultimately, given difficulties that we did not foresee in this first-of-its-kind production ramp, it took us six months longer than we expected to meet our 5,000 unit per week guidance. Tesla's philosophy has always been to set truthful targets – not sandbagged targets that we would definitely exceed and not unrealistic targets that we could never meet. While Tesla gets criticized when it is delayed in reaching a goal, it should not be forgotten that Tesla has achieved many goals that were doubted by most. We are enormously proud of the efforts of the whole company in making it through this difficult ramp and getting us to volume production.

While there can only be one set of facts about whether Tesla employees have been subpoenaed, whether or not Tesla made inaccurate statements regarding Tesla Model 3 production seems to be answered by Elon Musk's tweets. Consider the facts. On July 3rd, 2017 Elon Musk tweeted publically, "Looks like we can reach 20,000 Model 3 cars per month in Dec (of 2017)." This did not happen. The production delay, that Tesla should already have known was probable, pushed that production volume forward to September of 2018.

Musk also tweeted that Model 3 "production would grow exponentially." Model 3 production has not grown exponentially. Rather, it has grown very steadily towards its current volume near where the company had predicted it would be about twelve months sooner. In fact, Model S production seemed to stall in June after reaching a rate of about 4,000 units per month.

It may seem crazy that the FBI needs to be involved in Tesla's latest model launch fiasco, but Tesla is a public company and has one the largest market capitalizations in its industry. Public companies accept limitations on the type of financial news they are permitted to disclose when they accept public financing. In 2016, the former director of the NSA and CIA called the FBI Under-resourced.

DeanMcManis wrote on November 1, 2018 - 12:08pm Permalink
This smells of Tesla stock short sellers pressuring the government to waste our tax dollars on a witch hunt. They were predicting that Tesla could not show a profit, and now that they have, short sellers are getting desperate. If it is a crime for businesses to say that they want better, faster production, and then fall short of those goals, then we are really in trouble. While I believe that it is better in the long run to have realistic business goals, most marketing and sales groups are overly ambitious and unrealistic, and it has always been that way.