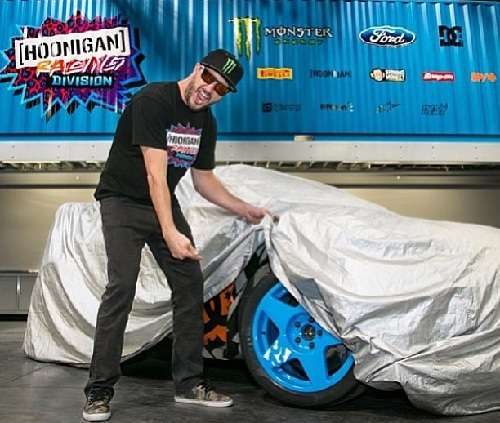 fifteen52 will show off the TrackSTer Ford Focus ST as part of its partnership with Ford and racer Ken Block at CAS.
Advertisement

Fifteen52 has partnered with Ford, and racer Ken Block, to create three amazing new Focus ST models as part of Project ST. Globally, Ford and its Focus, Escort, and Fiestas come in various flavors of hot. Until last year, the US Fords came only in slow, or slower. That has all changed now that Ford has gone forward with the amazing Focus ST. Furthermore, Ford’s involvement with Rally and other motorsports with these vehicles has provided the automaker with an unlimited testing ability to tune, and refine these hot hatches. At the upcoming Chicago Auto Show (CAS) fifteen52 will unveil one of the world’s hottest streetable versions of the new Ford Focus ST. Dubbed the TrackSTer, this car will have content and abilities beyond the factory Ford Focus ST, which is already a red hot chili pepper of a pocket rocket.

The company behind the new Ford Focus ST Project ST began life as a supplier to tuners working on German sports cars. fifteen52 began 17 years ago as an importer of specialty parts from Europe for Audi’s and VW’s. The VW Golf and Rabbit GTI and other tuned versions was a founding father of the hot hatch scene, so it makes sense that fifteen52 would have started there. More recently the company began to produce its own wheels for road and track applications. Adoption by Ken Block’s team for his HFHV Gymkhana FOUR and FIVE cars was the event that brought the two teams together.

The TrackSTer Ford Focus will feature a host of performance upgrades that will make it a track-ready car, but still street legal. Included in the build will be:

All of these performance upgrades will take the already powerful and nimble Ford Focus ST and make it even more adaptable to track days. Ken Block was quoted on the fifteen52 press site as saying “Teaming up with fifteen52 for this project was an obvious choice for me. They’ve got a great understanding of what’s hot in the small car performance marketplace right now, both from the style perspective and from the performance end of things. With the TrackSTer, they’ve worked closely with both Ford Racing and Mountune to put together a potent package that blends on-road performance with on-track performance. I can’t wait to actually get this car out on a track and put it through the paces.”

The CAS runs February 9th through the 18th. The TrackSTer will be revealed there and two more Project ST cars will be displayed at other events upcoming.