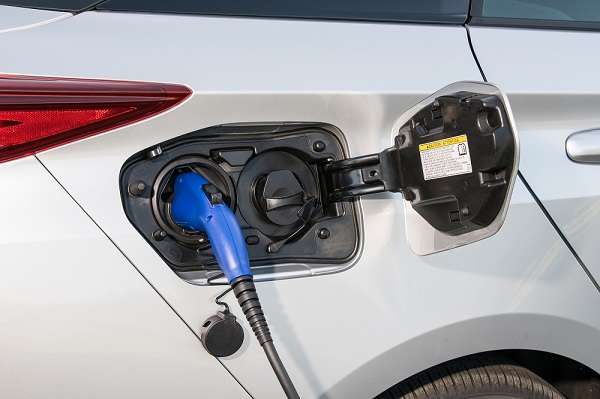 The 2017 Prius Prime is the top-selling EV in America this month. Why you shouldn't be surprised.
Advertisement

With very little fanfare, almost no mainstream press coverage, and with the shortest all-EV range in the top sales cluster, the Toyota Prius Prime plug-in hybrid electric vehicle (PHEV) has become the top-selling EV in America for April. Anyone who is truly a green car advocate will know that the Prius Prime was headed in this direction ever since its launch late last year. It has been the number two selling EV in previous months of 2017 and is currently the third best-selling EV in America year to date.

Volt, Tesla Model S and Model X Sales
The number one selling EV for 2017 so far is the Chevy Volt. Not the all-electric Bolt, but rather the Volt extended range hybrid electric vehicle (EREV). The number two selling EV is the Tesla Model S. However, the Tesla Model S and Model X have had severe production issues and the company has proven incapable of sustaining any sort of regular production. Whether the excuses are preparation for future Model 3 production or a long list of other reasons, Tesla is either unable to keep up, or its models have lost their luster in the U.S. market.

See Our EV Sales Prediction for 2017 Published Before The Year Began - How Are We Doing?

EV Sales Facts and Figures and Our Sources
In April, Toyota sold 1,819 Prius Primes, narrowly beating the Volt, which had deliveries of 1,807 units. Both the Volt and Prius Prime came close to matching Tesla's U.S. sales of the Model S and X combined, which came in at a total of 1,840 cars and crossover/minivans. Check out Inside EVs' list of EV sales in the U.S. for more details. They do a fantastic job of sorting out the numbers. (More on page 2)

Where Are the Chevy Bolt Sales?
You may note that the 238-mile range Chevy Bolt is not even in the discussion. That is because Chevy has limited the Bolt to just a handful of high-density EV markets and is not planning to launch the vehicle in all U.S. locations until September. Monday, VP of GM Mark Reuss is reported to have said that GM will be the first automaker to profit on EVs. Meaning none, and particularly GM, have made a profit on EVs as of yet. We're not so sure that is true, but we will take GM's word for it that the Bolt is not profitable right now. That, in a nutshell, may be why after four full months of sales in 2017, and six months into the bolts launch, GM has sold only 4,400 year to date. Why push a model that is not profitable?

As 2017 rolls along it will be interesting to see how the Prius Prime finishes for the year. Our guess is that it will be a strong contender for a podium finish, despite the media focus on the Bolt and Tesla Model 3, which we suspect will disappoint many EV fans in terms of annual sales.