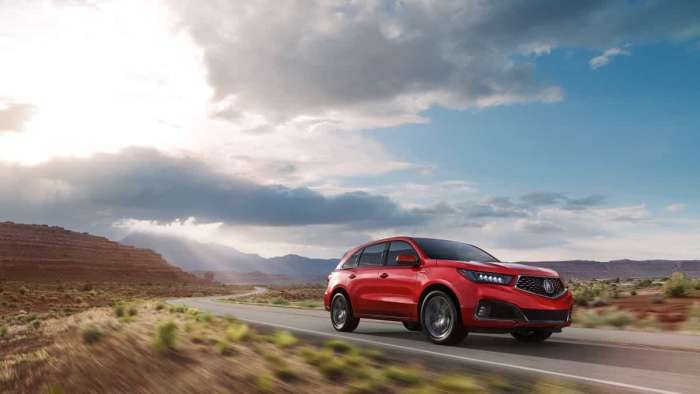 The 2020 Acura MDX has been named the Best In Class Premium Mid-Sized SUV For Winter by the New England Motor Press Association (NEMPA). This award is based on real-world testing conducted by the active members of the NEMPA team. The winter vehicle awards are unique in that they are conducted annually on public roads by the group that knows winter driving as well as any other.

Acura's MDX is impressive in any number of ways. When our Torque News team tested the MDX A-Spec trim, reviewer Denis Flierl said, "The 2020 Acura MDX is one of the best-driving crossovers in its class." Pretty heavy praise for a vehicle that competes with BMW and Mercedes crossovers.

NEMPA President, John Paul, aka AAA's Car Doctor, commented on the class win by the MDX, saying, "The Acura MDX is luxury mid-sized SUV with some NSX DNA mixed in. A clear choice for a dependable SUV with just the right amount of tech." That opinion is shared by your author, also a NEMPA member.

Acura's Chris Naughton commented on this win by the MDX, saying, "To have the Acura MDX be recognized by NEMPA's deep bench of experienced auto reviewers for being the best winter vehicle in its segment is a very welcome endorsement. In addition to their deep experience evaluating a wide array of vehicles, NEMPA members are especially adept at recognizing vehicles that excel in harsh winter conditions."

Those looking for a premium three-row crossover perfectly suited to all weather conditions should check out the Acura MDX. The MDX is also a great used vehicle purchase for those with a budget of $20K.

John Goreham is a life-long car nut and recovering engineer. In addition to being a long-standing NEMPA vehicle tester, John's winter vehicle test credentials include being a graduate of the Team O'Neil Rally School's Winter Safe Driving School. John's work has appeared in print in dozens of American newspapers and he provides reviews to many vehicle shopping sites. You can follow John on Twitter, and view his credentials at Linkedin