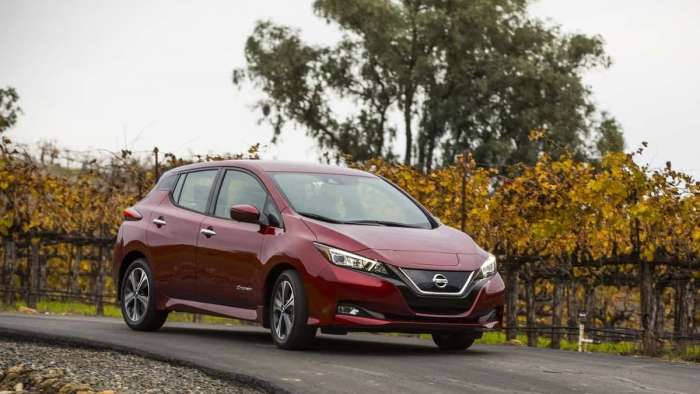 “AAA has been a leader in addressing the needs of motorists for more than a century, and the introduction of mobile electric vehicle charging continues that tradition. As the electric vehicle market continues to emerge, AAA is ready to help alleviate some ‘range anxiety’ with the ability to provide a charge to electric vehicles on the roadside that gets drivers back on the go quickly.” 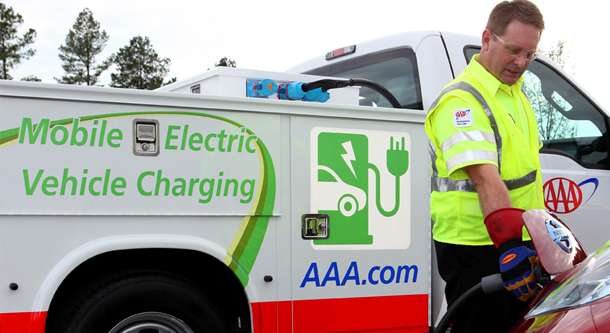 In 2011, the Chevy Volt and Nissan Leaf were the only EVs on the road. Barely. With 17,000 units of modern EVs sold into a population of over a quarter billion vehicles on the road, finding one in the wild was like spotting a unicorn. At the time, many EV advocates anticipated that the Chevy Volt extended-range electric vehicle, with its onboard gasoline engine that could propel the car like any hybrid, would soon be supplanted by full battery-electric cars. Cars like the Volt were seen as "transition" or "gateway" designs that would quickly be overtaken by battery-only vehicles.

Of course, we now know that the Chevy Volt proved to be the top-selling affordable electric vehicle in American automotive history. When Chevy opted to kill it off early this year it was still in the top three overall for EV sales in America and had been outselling GM's battery-only Bolt. The reality is, there are not a lot of affordable battery electric vehicles for AAA to help. Until the success of the premium-performance Tesla Model 3 which began to sell in solid numbers about a year ago, there weren't many EVs of any type to help.

The publication Elektrek updated EV owners on the AAA program in 2016. At that time, AAA had EV service vehicles in Portland, Seattle, San Francisco, Los Angeles, Denver, Phoenix, and Orlando. However, the folks from AAA noted its special service was going mostly unused.

We reached out to AAA to get an update on where the program stands today. Our colleague John Paul, the Car Doctor, an early adopter of electric vehicles had the update. John Paul told Torque News, "The E/V charging program was an early pilot using large truck mounted generators. After some successful learnings, the trucks and generators have been retired. That does not mean we will leave our members with EVs stranded. We will certainly tow them home or to a charging station. In addition, AAA's mobile app and electronic Trip-Tiks also have E/V charging station locations. Going forward, we are undergoing a new phase that will test the potential of using some new much more compact technology that promises more efficient roadside charging."

Eliminating range anxiety has been a long fought battle. Tesla demonstrated a battery swap program it thought might be part of the future of electric vehicles but has thus far let it sit idle. AAA had a good idea for helping stranded EV owners, but the EV market and owner habits have precluded it from being viable - for now. With plug-in hybrid EVs continuing to make up a majority of the affordable EV market, a quick stop at a gas station remains the quickest way for EV owners to be back on the road when their vehicle needs more energy. Just like it was in 2011.

Let us know what you think in the comments, please. See you in the next story.

Alan wrote on June 20, 2019 - 6:23pm Permalink
Just tow it to the nearest charging station and you're good to go in less than an hour.
Russell wrote on July 6, 2019 - 5:01pm Permalink
"the Chevy Volt proved to be the top-selling affordable electric vehicle in American automotive history." I find it interesting how the premium Teslas out sell the affordable Volt.
Barry Handlow wrote on August 11, 2020 - 3:56pm Permalink
All that's needed is a tow to the nearest station. The gas is much cheaper than the tow truck carrying the extra weight of a battery pack 24/7.
Joseph A Blyskal Jr wrote on September 20, 2022 - 5:44pm Permalink
Are AAA service personnel trained in the unique requirements when transporting a Tesla? Teslas cannot be towed on two or four wheels they must be put on a flat bed truck to transport. I will pick up my Tesla Model S next week and need to know that AAA is capable of giving me the same great quality of service I received with my gas powered vehicles.