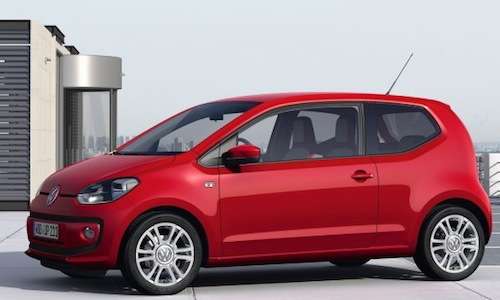 Volkswagen Up! wins 2012 World Car of the Year Award

"This award shows once again that in the Up! our designers and engineers have created a vehicle that has been thought through in minute detail. A vehicle that sets standards in its class for efficient use of space, safety, motoring fun and environmental compatibility," said Prof. Dr. Martin Winterkorn, Chariman of the Board of Management of Volkswagen AG.

So what earned the Volkswagen Up! such high praise? The World Car Awards jurors remarked that, "The little Volkswagen Up! has altered what we have come to expect from the citycar segment. Of note are the responsive steering, sophisticated suspension setup, new efficient engines and the quality of materials and finish. Never before in this economy segment have owners felt so premium. Look for every builder of citycars to up its game just to compete with the new VW".

As for eligibility requirements, all candidates must become available for sale beginning January 1, 2011 and ending May 30, 2012. All eligible contenders must also be available for purchase on at least two continents.

The VW Up! has been available to the public since December in Europe and has experienced strong sales. There is no word yet on whether the Up! will be made available in the United States. The Up! has a starting MSRP of about 9,850 Euros, which is just under $13,000. It currently comes in three models: the entry-level Up!, the move Up! and high Up!. The VW Up! is part of the German automaker’s New Small Family lineup, which was unveiled at the 2011 Frankfurt Motor Show.