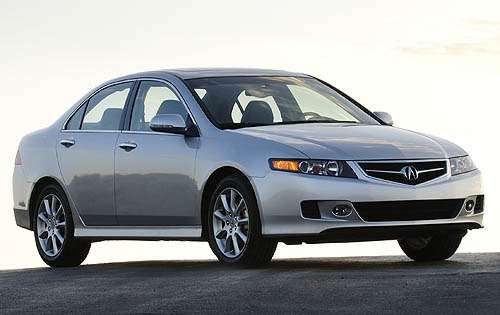 Honda is recalling certain 2004-2008 Acura TSX vehicles due to a corrosion problem, which may potentially cause engine stall.
Advertisement

Affected by the recall are approximately 93,000 model year 2004 to 2008 Acura TSX vehicles originally sold in North America, which possess an Electronic Control Unit (ECU) condition that may cause a rust problem. Consequently, corrosion may lead to engine stall, thus increasing the risk of a crash. The recall covers 76,000 TSX sedans in the United States and another 17,000 in Canada.

According to documents filed with the National Highway Traffic Safety Administration, driver’s footwear may inadvertently saturate the vehicle’s carpeting with hazardous chemical often found in deicing products. Such materials may transfer to the vehicle engine’s ECU since the carpeting contact the ECU case.

Honda will begin notifying customers of the recall starting on April 11, 2013. Authorized Acura dealers will inspect the vehicle and replace any damaged ECU and install a waterproof cover onto the ECU, free of charge. In the meantime, owners may contact Honda at 1-800-999-1009. Concerned drivers may also contact the National Highway Traffic Safety Administration’s Vehicle Safety Hotline at 1-888-327-4236 or visit www.safercar.gov. The NHTSA Campaign Number is 13V-093.

Honda first became aware of a potential problem in February 2011 when the first Acura TSX ECU was returned to Honda from Iceland with visible rust on it. In March 2011, Honda launched an investigation into the problem and consequently found that the ECU condition was also prevalent in the United States and Canada due to similar cold weather conditions.

Despite its detailed investigation, Honda told government officials that it could not determine the number of warranty claims and complaints since it did not inspect each ECU return from customer vehicles. As a result, Honda is unable to report that date that the first warrant claim was filed or when the first customer filed a complaint.

Earlier this month, Honda recalled 250,000 Honda Odyssey, Honda Pilot, Acura RL and Acura MDX vehicles due to braking defect. According to the NHTSA, certain vehicles may be equipped with a faulty stability assist system that may malfunction and cause the brake to operate unintentionally. The recall is the result on a NHTSA probe launched in October 2012.