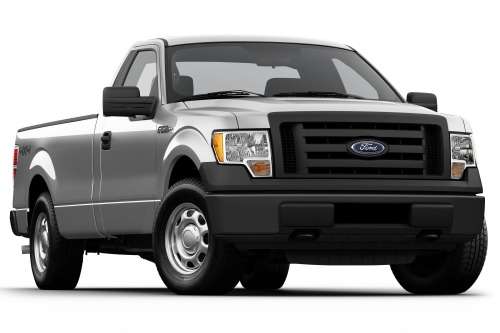 The National Highway Traffic Safety Administration announced on Sunday that is opening a probe into 400,000 Ford F-150 pickup trucks due to dangerous engine acceleration issues.
Advertisement

According to the National Highway Traffic Safety Administration, it has received 95 reports involving cases of reduced engine power. Specifically, owners cite unexpected reduction in engine power during hard accelerations at highway speeds. One-third of these reports have occurred while attempting to overtake another vehicle in rainy or humid conditions. There have been no crashes reported in relation to the issue.

One 2011 F-150 owner said that his vehicle “shuddered and lost ability to accelerate” while attempting to pass a slow-moving vehicle.

“This has happened several times,” wrote the owner to the NHTSA. “Dealership has been unable to fix problem and has just reprogrammed computer each time. This truck is dangerous and has left me on the side of the road more than once.”

“This is a safety issue while driving due to the massive shaking and lack of vehicle power to move with traffic,” said another owner of a 2011 Ford F-150. “Took to dealer and they could replicate incident, however can't seem to diagnose problem. This should be brought to the attention of Ford Motor Co. before someone gets killed in traffic accident due to loss of vehicle power.”

Ford is aware of the problem, but has not issued a recall. The Dearborn-based automaker has, however, issued three technical service bulletins related to intermittent engine misfire during highway acceleration in certain 2011-2012 F-150 trucks.

A NHTSA preliminary analysis typically lasts between six months to a year before the organization decides whether to upgrade the review to an engineering analysis. If the problem is deemed prevalent enough, the government can order that a recall must be issued.

Earlier this year, the NHTSA opened an investigation into 724,000 Ford and Mercury vehicles due to reports of unexpected loss of engine power. According to complaints filed with the NHTSA, certain vehicles may suddenly go into “limp mode” in which vehicle speed is limited to 20 mph. The probe affects model year 2009-2011 Ford Escape and Fusion vehicles, and the Mercury Milan and Mariner.

The government indicates that approximately 27,500 warranty claims have been filed in regard to the problem. Additionally, Ford has received more than 1,400 complaints. There have also been three crash reports and one injury; the investigation is still ongoing. Click here to read Torque News’ in-depth coverage of the February probe.

Elon Makes a Cybertruck Statement With an Action, But Quiet in Words
Tesla's Record Month in China: Doubled Registrations in March 2021
END_OF_DOCUMENT_TOKEN_TO_BE_REPLACED