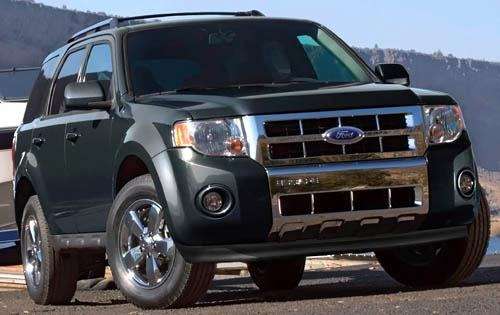 On Monday, the National Highway Traffic Safety Administration announced it has opened an investigation into 724,000 Ford and Mercury vehicles due to reports of sudden loss of engine power. The federal safety probe specifically concerns 2009-2011 Ford Escape and Fusion vehicles, and the Mercury Milan and Mariner. Affected vehicles may unexpectedly go into “limp mode” in which vehicle speed is limited to 20 mph or 900 revolutions per minute, according to NHTSA documents.

The feds first began examining the problem last year after receiving a request from the North Carolina Consumers Council. The North Carolina nonprofit agency informed the NHTSA that it received two complaints about the 2009 Ford Escape in regard to engine stalling and surging. By law, nonprofit safety groups and consumers have the right to petition the NHTSA to investigate vehicle problems.

The NHTSA indicates that there have been 27,500 warranty claims for the engine issue, as well as three reports of crashes and one injury. Furthermore, Ford has received over 1,400 complaints about the problem.

The NHTSA reports that Ford identified the issue in 2009. According to the automaker, vehicles manufactured from June 22, 2009, to Oct. 15, 2009 may contain problematic circuit boards, which control the throttles. As a result, Ford and its supplier, Delphi Corp., changed the circuit board manufacturing process.

Despite Ford’s contention that it had resolved the problem, the NHTSA has decided to launch the investigation into 2010 and 2011 Ford Escape and Fusion models, as well as the Mercury Mariner and Milan. Aside from the Escape, the agency says it has received 59 complaints of engine stalling in 2010-2011 Ford Fusions. According to the NHTSA, 80 percent of these complaints were submitted after March 2012, which illustrates that the trend is increasing.

Ford said Monday that it’s cooperating with the NHTSA on the probe, but insists that it has fixed the issue.

Today’s news is latest in a long line of setbacks for the Ford Escape SUV and Ford Fusion sedan. In fact, the Ford Escape was recalled an astounding four times last years. Most alarming is that Ford recalled the popular SUV on three separate occasions for fire-related issues. In total, the automaker recalled over 90,000 Escape vehicles due to fire concerns. Ford also recalled 10,000 Escape models over brake defects last year.

In 2012, the Ford Fusion was recalled twice: once for a fire-related issue and once over a headlight defect. The pair of recalls affected over 35,000 Fusion sedans in the United States and Canada.