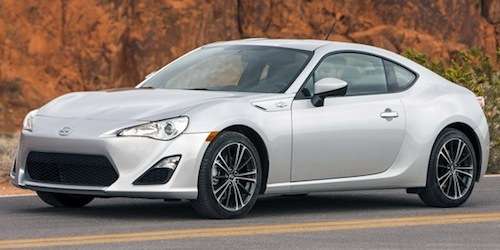 Recalls have been issued for the pair of newly released vehicles due to an error present in their respective owner's manuals.
Advertisement

Scion has just issued a recall for the newly released 2013 Scion FR-S, not for the car itself, but for the owner’s manual. The owner’s manual contains inaccurate information concerning the vehicle’s front passenger airbag, which could cause drivers to misinterpret the airbag system. The National Highway Traffic Safety Administration indicates that the recall only applies to the owner’s manual and that there is no problem with the airbags themselves. The NHTSA states that approximately 1,156 FR-S units are affected. Although Scion has submitted a recall note to the NHTSA, they have not provided any information beyond the total number of units involved.

The recall also affects the all-new 2013 Subaru BRZ’s owner’s manual, which apparently has the same owner’s manual. Unlike Scion, Subaru has yet to submit paperwork concerning the recall to the NHTSA. Subaru has, however, issued a press release pertaining to the recall, which is available to read HERE. Subaru’s press release discloses the details of the recall and gives customers instructions on how to proceed with obtaining a new manual. There is no word yet on how many BRZ models are affected.

FR-S and BRZ owners with an owner’s manual printed earlier than May 2012 and with an MSA number with suffix “A” will need a replacement manual. The manual can be replaced at your local Scion or Subaru dealers. Scion customers can contact Scion Customer Service at 1-866-707-2466, while Subaru drivers can reach Subaru Customer Service at 1-800-782-2783. Additionally, concerned Scion or Subaru drivers can contact the NHTSA Hotline at 1-888-327-4236 or online at www.safercar.gov. The NHTSA Campaign ID Number is 12V255000.

The 2013 Scion FR-S ranks 1 out 11 on U.S. News Rankings and Reviews’ list of Affordable Sports Cars. The FR-S earned an overall rating of 9.2 out of 10, based on 6 published reviews and test-drives. Reviewers praised the 2013 FR-S for its “thrilling performance” and affordable price. According to the majority of reviews, the FR-S exhibits athletic handling, a responsive engine and comfortable/supportive front seats. On the other hand, the all-new FR-S lost points for its tiny back seat and insufficient cargo room.

The Subaru BRZ, perhaps the FR-S’ biggest rival, currently ranks 4 out of 11 on U.S. News’ list of Affordable Sports Cars. The BRZ earned an 8.6 out of 10 rating, receiving acclaim for its “nimble handling, peppy four-cylinder engine and comfortable, supportive front seats.” Furthermore, U.S. News’ indicates that critics were “astounded” by the BRZ’ engine performance. Like the FR-S, the BRZ suffered in terms of rear passenger room and small trunk space.

Tesla Giga Berlin's New Hurdle: It's Not Only the Gov't, but Now Tesla Itself
Teslas Are Sold Out Until 2023, But The Timing May Reverse
END_OF_DOCUMENT_TOKEN_TO_BE_REPLACED