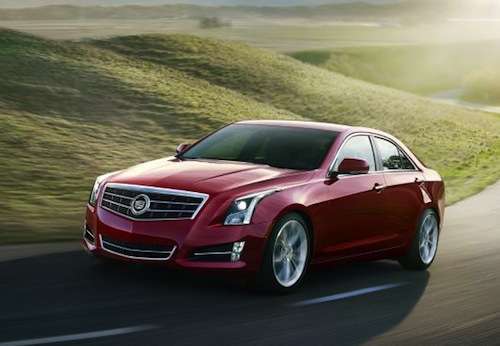 Read more to find out why Esquire says the 2013 ATS "is perhaps the single most important thing Detroit has built in years."
Advertisement

Although it just hit dealerships two weeks ago, the all-new Cadillac ATS has won Esquire magazine’s 2012 Car of the Year Award. Esquire drove countless vehicles across numerous states before arriving on what it called a “clear” decision. In fact, the magazine’s editors concluded that the 2013 Cadillac ATS "is perhaps the single most important thing Detroit has built in years."

Esquire especially credits General Motors for dispelling the belief that American cars should be modeled after its foreign counterparts.

“For a long time, there was this notion that American cars should be like cars from Europe, Japan, or anywhere with a history of reliability and decent engineering…but every inch of this thing, you get the feeling that the people who designed it gave a damn about Detroit and machines and America.”

According to Esquire, the ATS personifies how America has altered the global automotive landscape over the last couple of years. “The ATS is an exciting new chapter in that process-a balls to the wall effort at reinvention,” said David Granger, editor-in-chief of Esquire. “It’s fantastic.”

Don Butler, vice president of Cadillac Marketing, echoed Esquire’s sentiment stating, “The new ATS is Cadillac’s spirited challenger, built to take on the world.” He added, “Having its design and performance validated in this fashion is a meaningful step in our journey.”

A truly innovative vehicle, the 2013 ATS is a compact sports sedan, smaller than Cadillac’s CTS product line. Not only is the ATS the lightest car in its class, its also possesses a unique architecture intended for a lively diving performance. The all-new ATS is available in rear- and all-wheel drive versions, with a choice of efficient four and six-cylinder engines.

Esquire also handed out seven other automotive awards in its current issue, which were:

Check out GM’s unique “Cadillac ATS vs. the World” campaign to find out more about the 2013 ATS.