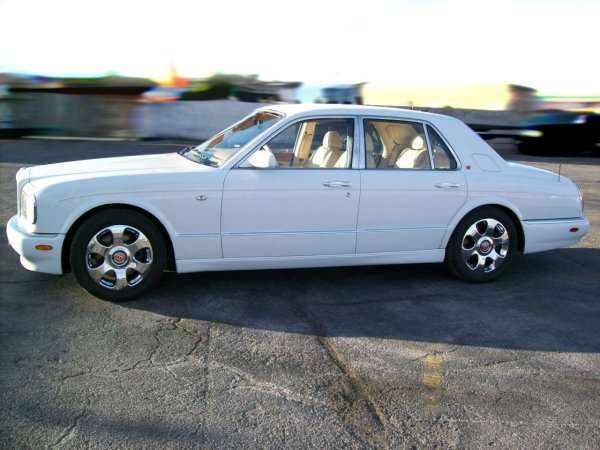 IRS says that Michael Jackson's Bentley is worth a quarter mil

The always fair and equitable Internal Revenue Service says that the late pop star's estate has been "undervalued" and his heirs mis-valued things like Michael Jackson's Bentley and owe over half a billion dollars in taxes, proving that even in death, you cannot avoid the tax collector.
Advertisement

The IRS has valued the Michael Jackson Estate at over $1.1 billion dollars, which is more than double what the estate's executors valued it at upon the legendary singer's death. This created a tax discrepancy of about $505 million, much of which is due to the assumptions the IRS seems to have about value versus what the estate's accounting showed.

Up to this point, values in dollars and cents have been redacted from public paperwork, but this latest filing from theIRS (not a typo), in response to a July 26 filing by the Jackson Estate, includes non-redacted information, including what they value the 2001 Bentley Arnage to be.

According to the tax men, Michael Jackson's Bentley is worth $250,000. This interesting figure is not well-explained in the paperwork, though the Revenue Service seems to be laying a lot of credibility on the car's collector value due to its being owned by the late pop star.

Compare the IRS' valuation of the 2001 Bentley to its original selling price, which would have been around $210,000 when it was brand new. A similar car, after a quick search, was sold at government auction for about $35,000 (pictured above). Michael Jackson's executors value his Bentley at $91,600, which is about fifty percent higher than its current book value as a used car.

Many of the differences in value offered by the IRS versus Jackson's attorneys are in "future value." The estate's attorneys insist that this speculative valuation has no place in assigning taxable value as it is entirely market-driven and fluctuates continually. The current, real, salable value of an item is what should be taxed, they claim. The IRS says otherwise, insisting that the potential future value is also taxable.

It's likely that this will be argued in court for years, which may put an indefinite hold on things like that 2001 Bentley Arnage the pop legend left behind. The value of which will only drop with time - something the Treasury Department should consider in its deliberations.