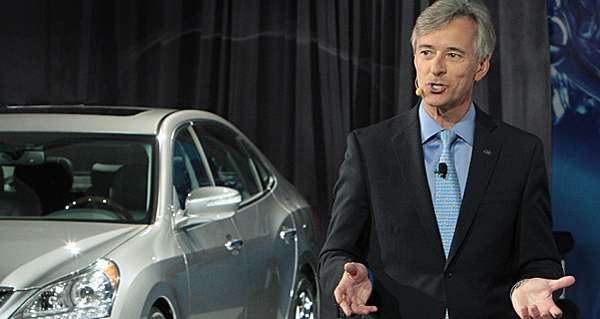 Hyundai Says Krafcik Not Pushed Out Over Fuel Economy Case

Questions have arisen with the sudden departure of John Krafcik as CEO and president of Hyundai Motor America but a company spokesman says his departure is in no way related to a recent settlement of a class action suit on fuel efficiency.
Advertisement

There had been some speculation that his departure was tied into the suit but Hyundai spokesman Jim Trainor denied that uncategorically. “The departure of John Krafcik from Hyundai Motor America has nothing to do, in any way, with issues regarding misstatements of fuel economy by the company. The issues are completely unrelated and there is no connection whatsoever,” he said.

Other media outlets are also denying that Krafcik’s departure was in any way tied to his prominent mention as possible successor to departing Ford CEO Allen Mulally. Krafcik, a veteran of Ford, was rumored as a possible candidate to succeed Ford CEO Allan Mulally when he retires. Krafcik vehemently denied he was interested in that job or positions with Nissan and other companies.

Hyundai fleet sales have increased in the past year, which is something the company has worked hard to avoid in the past. Fleet sales can hurt a brand’s residual values. However, the company is still second lowest behind Subaru in terms of incentive spending on new car sales.

As the Wall Street Journal reported, "At the end of 2008, Hyundai's market share was 3%. By the end of 2011, it had leapt to 5.1%, but tailed off to 4.6% through November of this year, in large part because of supply constraints. Still, Hyundai has a history of giving U.S. executives a very short leash, firing them if they don't reach sales targets." Again, Hyundai is saying production constraints have hurt its ability to maintain market share.

Krafick was, by far, the most personable of the automotive CEOs on the scene. With an amazing facility for names he was immensely popular among automotive journalists. Without Krafcik's charm, it may have been difficult for the Korean automaker to win not one but two North American Cars of the Year for the 2009 Genesis and 2012 Elantra. Both are good cars but the awards are in large part determined by behind-the-scenes schmoozing of the 50 jury members.

Krafick is being replaced by David Zuchowski, executive vice president of sales, who will assume the position of President and CEO effective January 1, 2014. His selection as the next president and CEO makes sense because sales have increased dramatically while he was in the top sales role. According to Reuters.com, its share of the U.S. market was 3 percent in 2008 and it rose to 4.9 percent in 2012. That share was probably going to remain the same in 2013 with Hyundai sales rising just about the same as the rest of the industry. Exceeding last December's sales would have put it over 700,000 in sales for the first time ever in the United States but that must have still put the company well behind internal sales projections.

Zuchowski joined Hyundai Motor America in February 2007 as vice president of Sales with responsibility for all sales, sales operations, market representation, field operations and overall dealer relations. His bio describes him as, "A proven 33-year veteran of the automotive industry, Zuchowski was previously with Mazda North America, where he served as vice president of Sales and Field Operations.

Zuchowski began his career in 1980 at Ford Motor Company, where he progressed through various executive-level positions including regional manager, product marketing manager, national merchandising manager and field operations manager for the Ford and Lincoln Mercury divisions.

His immediate challenge as the new CEO will be to get more vehicles into the American pipeline for sales. The Hyundai plant in Alabama is at capacity. More will need to be done to meet the current strong American demand for fuel-efficient cars.

Also, the change in leadership comes at a time when the company is launching the new Genesis sedan at the Detroit Auto Show, where Krafcik was expected as he normally does to play a strong role in its introduction. The Genesis is a strong seller for the brand and will show new directions the company is taking in terms of technology and performance.