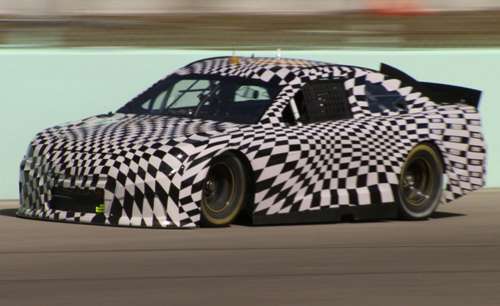 Get ready for an unexpected domestic high performance SS sedan from Chevrolet that is rear wheel drive.
Advertisement

That was the announcement today from Chevrolet. It is heralding the return of a V-8 powered, rear-wheel-drive performance sedan to the U.S. lineup, the Chevrolet SS. The SS will also be Chevrolet’s next NASCAR Sprint Cup racecar and will debut in its race configuration at the 2013 Daytona 500. No performance or price numbers were released.

According to Chevrolet, the limited production version of the Chevrolet SS will be a 2014 model and will arrive in dealer showrooms in late 2013. It is the first time in 17 years that Chevrolet will offer a rear-wheel-drive sedan for sale in the United States. Expect it to be a quick sellout, especially among nostalgic fans of the Impala.

The SS is going to be built on a platform that is derivative of the award-winning global rear-wheel-drive architecture that spawns performance vehicles like Chevrolet Camaro and Holden’s upcoming VF Commodore. The much-anticipated Australian-built car will benefit from significant technology advances which enhance overall performance.

That begs the question. Is America getting the Holden VF Commodore in a rebadging exercise? True gearheads are always lusting after Holden vehicles.

“As a passionate race fan and performance enthusiast, I am thrilled that Chevrolet will deliver a true rear-wheel-drive NASCAR racecar in the SS that is closely linked to the performance sedan that will be available for sale,” said Mark Reuss, president of GM North America, in a news release. “The Chevrolet SS is a great example of how GM is able to leverage its global product portfolio to deliver a unique performance experience that extends beyond the track. I am personally looking forward to driving it.”

The Chevrolet SS is going to take on the Dodge Charger SRT8 and Chrysler 300 SRT8 domestically. On the import side it probably has aspirations to take on vehicles like the BMW 5 series and the Audi A6. The key word there is "aspirations."

Chevrolet has a long history of using the SS (Super Sport) designation on high-performance models of some of its most enduring nameplates. The SS designation first appeared in 1957 on a Corvette prototype race car built under the guidance of Zora Arkus-Duntov with the plan to enter it in the Le Mans 24-hour race.

The first production vehicle offered with an SS option was the 1961 Impala – 453 were built with the performance upgrades which included a modified chassis and suspension, power brakes, a steering column mounted tachometer and unique wheels and tires. The latest SS model in the Chevrolet lineup is the fifth-generation Camaro, which debuted in 2010.

Unfortunately the 2014 Impala coming out is a front-wheel drive sedan. It's looks good enough to be a potential SS model but not in its FWD configuration.

Chevrolet was America’s best-selling performance car brand in 2011 with Camaro and Corvette accounting for one out of every three sports cars sold in the United States. The addition of the SS should strengthen Chevrolet’s position as a leading performance brand.

Chevy man wrote on May 17, 2012 - 5:00pm Permalink
I am confused in the second sentance of the article it says that it is rear wheel drive and in the second to last paragraph is says FWD??? My guess is that it is RWD.
Marvin wrote on May 17, 2012 - 8:28pm Permalink
Although the article mentions the Impala, nowhere does it state that the new Chevrolet SS model is in the Impala product line. The SS appears to be on a different chassis than the Impala.
Anonymous wrote on June 15, 2012 - 9:09pm Permalink
The car is going to be a RWD sedan very similar to what the Pontiac G8 GXP was. It too will be based on the Holden Commodore. However, the G8 came off of the VE Commodore and the new Commodore (VF Series) will be released as the sister car to the Chevrolet SS. Both cars debut in 8 months at the 2013 Daytona 500