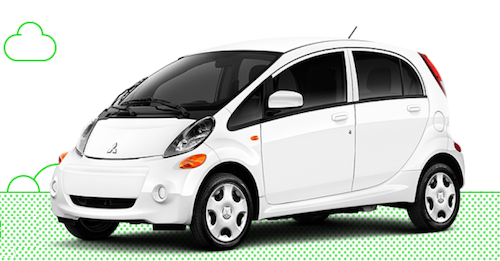 Traditionally, Peugeot and Renault have been different and have never taken the same path or strategy to building cars. Never has this been more obvious than with the introduction of their respective electric cars.
Advertisement

Peugeot And The iOn. While the news about Peugeot’s financial health hasn’t been favorable to the company, its electric iOn has remarkably sold well. Indeed, the Mitsubishi i MiEV rebadged by Peugeot as an iOn and Citroen as a C-Zero have been sold out, as we mentioned in our article: Mitsubishi i MiEV Shipped 100,000 To Peugeot And Citroen Peugeot is proud to announce this as all three companies re-evaluate stocks, inventory and determine how many more electric cars they can sell.

In fact, according to the local Peugeot dealership in Nice, France in my stay abroad, the dealership was quick to point that they were sold out. Asked to clarify, the salespeople reported the iOn was a frank success. According to them, people flocked to buy it and still come in to see if they can purchase one. What came out of our talk was the interesting strategy Peugeot chose to follow.

Car As A Disposable Locomotion. Sold for about 11,000 Euros, including government incentives, the all-electric iOn sold very well, as would be expected at this price. That would translate to about $13,700, albeit it cars have traditionally been cheaper in Europe than in the US. What was interesting was that Peugeot chose to sell the car as a small investment vehicle, knowing well another would replace it in a few years. In other words, Peugeot chose to sell its iOn as an entry-level car for city dweller on a budget.

Renault Tackles The Electric Car. On the other side of the fence, Renault chose to build not one, but four electric cars. The portfolio ranges from a utility van called Kangoo, to a sedan called Fluence, a smaller four-door called Zoe and finally an intriguing two-seater called the Twizzy, all under the Z.E. acronym, Zero Emissions. Contrary to Peugeot’s strategy, Renault’s cars sell at a higher premium, even taking into account government rebates.

Renault’s strategy was to lease the battery pack. This has some value to it since public fear over unjustified battery pack lifespan has made potential buyers weary. With a leased battery pack, drivers are assured a fresher one when theirs become too old and will have the newest lithium battery technology, if Renault commercializes it.

Both strategies differ as greatly as their cultures. Peugeot is more of a traditional car company relying mostly on its own finances to survive and has chosen the disposable, entry-level electric car route. Renault, which traditionally has relied on government subsidies, has chosen a bolder move to offer a wide range of electric cars but leasing the battery pack.

While numbers don’t always give an accurate image, Peugeot selling out of its iOn draws accolades from the industry, while Renault’s daring strategy to build four electric cars and lease the battery pack will take time to evaluate. So can Detroit learn a thing or two about the French carmakers? There is value in both strategies to offer an entry-level electric car for the mass from Peugeot and a full line with leased battery packs fro Renault.

quentin wrote on August 30, 2012 - 4:59am Permalink
The Ion is sold at 29 500 euros, not 11 000 !!!!!
Nicolas Zart wrote on August 30, 2012 - 9:30am Permalink
I thought so also but the dealer in Nice, France told me 11,000 Euros. I thought no wonder it sold out.
kingfisher wrote on August 31, 2012 - 5:03am Permalink
Hey, the i-on wasn't a great success at all, therefore PSA decided not to purchase any more from Mitsubishi. See news beginning of August, and production figures are far away from 100.000. In Germany the sticker price is at 29,393€
Nicolas Zart wrote on August 31, 2012 - 1:51pm Permalink
The last news I saw heard and heard was that both Peugeot and Mitsubishi were re-evaluating their surplus and stock inventory. Of course, when a dealer tells you a car was a success, you have to take it with a big grain of salt. On the flipside, in France the iOn gets an additional 11 600 € taken off its sticker price. http://france-mobilite-electrique.org/spip.php?page=article&id_article=3682&lang=fr