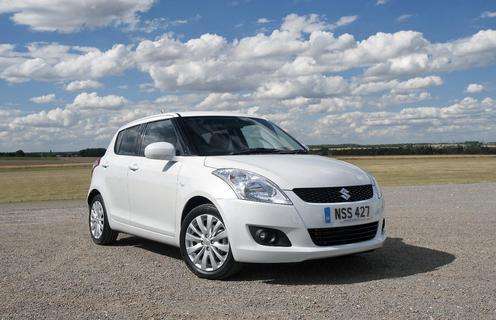 Suzuki, or more specifically Maruti Suzuki, has just sold its 10 millionth vehicle in India. Maruti Suzuki is the first automaker to achieve this impressive milestone in India.
Advertisement

This represents a huge step for the Indian automotive market and Maruti Suzuki as a whole, which controls roughly 50% of the Indian automotive market. Making it the dominant and number one player in the Indian vehicle market. The company recently celebrated its 12th consecutive year of ranking first place in the J.D Power customer satisfaction awards in the country. (Maruti Suzuki is a subsidiary of the Japanese company Suzuki Motor Corporation.)

The 10 millionth Suzuki that was sold, was a Red Swift. The special vehicle was delivered this week to a customer in Coimbatore. The Swift was built at the company’s Manesar manufacturing plant near New Delhi.

Maruti Suzuki first started production and rolled out it first car in December 1983. By February 2006 it had achieved more than 5 million vehicles sold in India. That means it has taken only a further six years to reach 10 million, doubling the sales number.

This rapid growth is due in part to successful models such as the Swift and Wagon R. Including that the Alto has remained the most popular new car in India over the last seven years.

Maruti Suzuki has aggressive growth plans to continue with the sales success. In 2010 sales volume reached 1.1 million units for Maruti Suzuki. They are set to grow to over 1.7 million annually in 2013.

To support the growth in new car sales and rapidly improving road infrastructure; Maruti Suzuki is keen to establish the importance of developing more aftermarket outlets in as many places as possible and in the longer term plans to have places to service and repair vehicles every 15 miles. Lofty goals, but the company will probably be able to reach them.

Maruti Suzuki currently has over 1,000 new car dealers and 2,992 repairs centers in India. These dealerships and repair centers serve around 1,406 Cities. Some of the larger City dealers maintain over 250 cars per day in their 50 bay service centers. This essentially translates into the entire network averaging one million cars being serviced every month.

Maruti Suzuki has faced competition from the Tata and the well-known Tata Nano. This is the world's cheapest car that sells for an equivalent of $2,500. Sales of the Tata Nano though have not be as brisk as Tata would have hoped, due to fires that have given the car a bad name. It also seems that there is a limit to how low you can go when building and selling a car. This is welcome news to Maruti Suzuki. It seems they are posed to keep the top spot in the Indian automotive market for a long time.