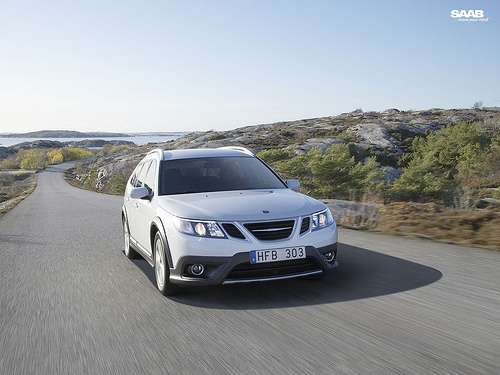 Saab is slowing losing some extremely vital employees, its engineers. Yesterday Saab's key Technical Director, Mats Fägerhag, has jumped shipped to another Swedish automaker, Volvo. What does this mean for the future of Saab?
Advertisement

In case anyone has forgotten, Saab filed for bankruptcy protection on December 19th, 2011. The company was trying to secure financing from Youngman Lotus and a Chinese bank, so it might survive. However, GM blocked the deal at the last minute. GM still owns some technology licenses that Saab has. GM blocked the deal, because they feared the technology would go to the Chinese.

Mr. Fägerhag deciding to leave the Swedish automobile company is not widely seen as a great omen for Saab. He was instrumental and mainly responsible for the development of the Phoneix platform, which is Saab's next-generation platform. If any company is going to buy Saab, the Phoenix platform is probably what they are interested in for developing cars in the near future.

Dagens Industri, a Swedish financial newspaper, reports that Fägerhag will start at Volvo as early as sometime next week. “I have done what I have been asked to do, to create a new platform-strategy. There is a lot of competence still left in Saab. I’m not a key factor to if Saab can restart or not.” said Mats Fägerhag.

Mats Fägerhag is starting working at Saab in 1992. He first helped worked with body-development, then moved to exterior development. A few years later he was moved to Rüsselsheim to work in the common development-department GM had created for Saab and Opel. In 2008 he came back to Trollhättan.

Saab recently put up for auction its Trollhattan Automotive History Museum, which has some well known Saab vehicles in its collection. Apparently the Mayor of Trollhattan, Annika Wenner, has put in a bid for entire collection. (Trollhattan is the city where Saab is based.) The Mayor is keen on keeping these important pieces of Saab's history in Trollhattan.

It is not surprising that Fägerhag choose to go to Volvo, but it does raise the question of future development of Saab vehicles. Saab was in talks with Youngman Lotus recently and an Indian automaker Mahindra & Mahindra has also shown interest in buying them.

It will be interesting to see what is in store for Saab in the future. I can only hope that it is good news.