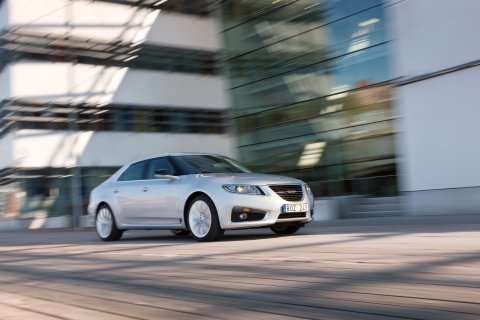 It seems the saga of the Swedish automaker Saab has another interesting twist. Several news sources are reporting that key Saab's officials are in China. Apparently they were invited there by the Chinese automaker, Zhejiang Youngman Lotus Automobile, to have talks about buying Saab, again.
Advertisement

In case anyone has forgotten, Saab filed for bankruptcy protection on December 19th, 2011. The company was trying to secure financing from Youngman Lotus and a Chinese bank, so it might survive.

Surprisingly, at the last minute General Motors (GM) blocked the deal. GM, which used to own Saab, still had rights over some technology licenses Saab posses. GM was afraid that it's technology would end up being used by the Chinese, making them more formidable competitors. China is a key growth market for GM. Since the deal with Youngman Lotus fell through, this forced Saab to file for bankruptcy. (Please read my editorial on GM and Saab.)

Little is known at this point about what Youngman Lotus is going to offer now that Saab has filed for bankruptcy. However, trustees handling Saab's bankruptcy have called for an exclusive press conference in Gothenburg, Sweden with select journalists on Saturday.

“I do not know if it has any connection with the trip. But if Youngman called so many different interests, I think they are prepared to present something interesting” says Councilor Paul Akerlund, who used to be a well know union boss at Saab.

Many people representing Saab are currently in China in talks with Youngman Lotus. This includes Bridget Losman (MP) Chairman of the Regional Development; and Trollhattan's (the town where Saab is based) mayor, Annika Wenner Flowers. It is assumed bankruptcy trustees are part of the talks, but that has not been confirmed.

A company that showed interest in buying Saab, after it filed for bankruptcy, was Mahindra & Mahindra. This Indian automaker seemed to be have serious intentions as it acquired several automakers over the last few years. It is unclear what happened with talks with Mahindra & Mahindra or whether they will be buying parts of Saab.

It is still unclear what GM's position is on these talks. Some legal analysts seem to believe that GM will have little say this time around, now that Saab has filed for bankruptcy.

It seems that the Chinese may very well be Saab's saviors, as many expected they would. It will be interesting to see what will transpire with Youngman Lotus and Saab.